We look forward to hearing from four keynote speakers on their exciting research. Their talks will open the conference on Monday and both full days of talks on Tuesday and Wednesday, and then finish the conference on Thursday Lunchtime.

Animal ecology is shaped by energy costs, as is clearly shown by the diversity of life histories among seabirds. For example, albatrosses have some of the lowest flight costs, at or near resting, and can sail across oceans. In contrast, auks have exceptionally high flight costs, leading some of the extinct auk genera to follow their southern hemisphere analogues, the penguins, into flightlessness. The talk will highlight recent discoveries in seabird energetics from the cellular and molecular levels to its pivotal role in ecology and evolution

Kyle Elliot is an Assistant Professor and Canada Research Chair in Arctic Ecology at McGill University, Montreal, Québec, where he has been since 2015. Through ecological energetics, Kyle Elliot studies study avian predators as indicators of ecosystem health. His research uses cutting-edge methods to understand the links between physiology, behaviour and fitness, predominately in the Arctic where the impacts of climate warming are greatest. From an undergraduate in mathematical physics, Kyle Elliot did his PhD at the University of Manitoba on patterns in the physiology and behaviour of aging birds. In 2015, he received the Ned Johnston Young Investigator Award from the American Ornithologists Union for his outstanding record of research and leadership.

Seabird survival: critical moments and mortality drivers Seabirds typically show a delayed reproduction and low breeding success. Their low reproductive output is compensated by long lifespans (i.e. high survival). However, there are critical moments in their life associated with increased mortality, such as early life and reproduction. Survival can differ between individuals depending on their sex, age, breeding experience, or intrinsic quality. The environmental conditions (e.g. food availability, climate, predators) experienced during their life can cause direct mortality but also influence their future survival prospects. Finally, accidental mortality caused by anthropogenic factors is jeopardizing the future viability of numerous seabird populations.

Ana Sanz-Aguilar is a postdoc in the Population Ecology Group at the Mediterranean Institute for Advanced Studies (IMEDEA) where she works on long-term studies of demography and population dynamics. She received her PhD from the University of the Balearic Islands in 2009 on the integration of life history traits with ecosystem management in European Storm Petrels. Ana Sanz-Aguilar held a Marie Curie Fellowship at CNRS, Montpellier, studying population dynamics of different life-history tactics in response to global change threats using state of the art modelling techniques, statistical tools and behavioural information. She continues to work on the theoretical and applied aspects of animal ecology (mainly seabirds), demography and population dynamics with emphasis on conservation biology.

Host-pathogen interactions in space and time: seabirds as key models to address basic and applied issues

Seabirds are well known to be hosts of a diverse set of parasites and pathogens. Most seabird species are also widely distributed, migratory, long-lived, colonial and site faithful. Such characteristics mean seabirds are potentially important model systems for investigating host-parasite interactions at a hierarchy of temporal and spatial scales. Key issues regarding the ecology and evolution of these interactions notably concern factors affecting dispersal of hosts and parasites among colony patches, but also local interactions between individual hosts and parasites, which can involve the transgenerational transfer of immunity through the egg. Using studies conducted with kittiwakes and the tick Ixodes uriae, but also other seabird species, notably the Indian yellow-nosed albatross and sub-Antarctic skua, I will illustrate how important of basic and applied questions can be addressed using such systems, with implication from comparative immunology to conservation.

Thierry Boulinier is Director of Research at CNRS, Montpellier, where he has worked in the Department of Evolutionary Ecology since 2005. Thierry Boulinier’s research focusses on spatial population ecology issues, on topics dealing with behavioural ecology, population dynamics, community ecology, immuno-ecology and disease ecology. He has notably been working with colonial seabirds (notably black-legged kittiwakes in northern Norway) to explore processes involved in the evolutionary ecology of dispersal and of a transgenerational response to parasitism: the maternal transfer of antibodies. He believes in the strength of combining observational, experimental and modelling approaches. He is now also working with Indian yellow-nosed albatrosses and skuas in the sub-Antarctic. Thierry Boulinier is deputy director of OSU OREME: the Mediterranean Research Observatory of the Environment, Associate Editor of the Journal of Animal Ecology and Academic Editor of PLoS One. 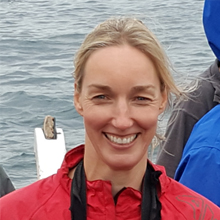 Most seabird populations and species are declining, many to globally threatened levels. At sea, commercial fisheries and pollution are taking their toll; on land, alien invasive predators and habitat disturbance and destruction are impacting many colonies. Climate change may cause (or exacerbate) problems in both domains. However, the last two decades have also seen notable successes in eradicating alien predators (mainly on uninhabited islands) and in finding solutions to seabird bycatch in longline and trawl fisheries. I will present the view from BirdLife International on whether we have reasons to be optimistic for the future of the world’s seabirds, by reviewing some current and prospective global initiatives, including the development of new research and monitoring techniques, as well as pioneering collaborations involving governments, non-governmental organisations, scientists and civil society.

Cleo Small is Head of the BirdLife International Marine Programme, which she has been involved with for the past 10 years, and led for the past 5. The work of the BirdLife International Marine Programme includes the Albatross Task Force, the European Seabird Task Force, a programme of work to find solutions to bycatch in gillnet fisheries, work to identify and protect the world’s marine Important Bird and Biodiversity Areas (IBAs) and, on behalf of scientists worldwide, coordination of the Seabird Tracking Database. Cleo’s passion is searching for solutions to reduce human impact on the environment, with a background at Cambridge University and Yale University, where she studied Natural Science in combination with Social and Political Science.