Probing the Antimalarial Mechanism of Action of the Artemisinins

In 2015 Youyou Tu received the Nobel Prize in Medicine for her role in the discovery of artemisinin. This remarkable discovery paved the foundations for the development of Artemisinin (ART)-based antimalarial and these drugs have contributed significantly to reducing global malaria deaths over the past decade.

Inspite of the widespread use of the artemisinins, it is still not fully understood how the drug kills the malaria parasite. Working together with a team of researchers at the Liverpool School of Tropical Medicine (LSTM), Professor Paul O'Neill and colleagues in the Department of Chemistry and Pharmacology at the University of Liverpool have designed and synthesised a suite of artemisinin activity-based protein profiling probes and controls to help identify parasite protein drug targets. 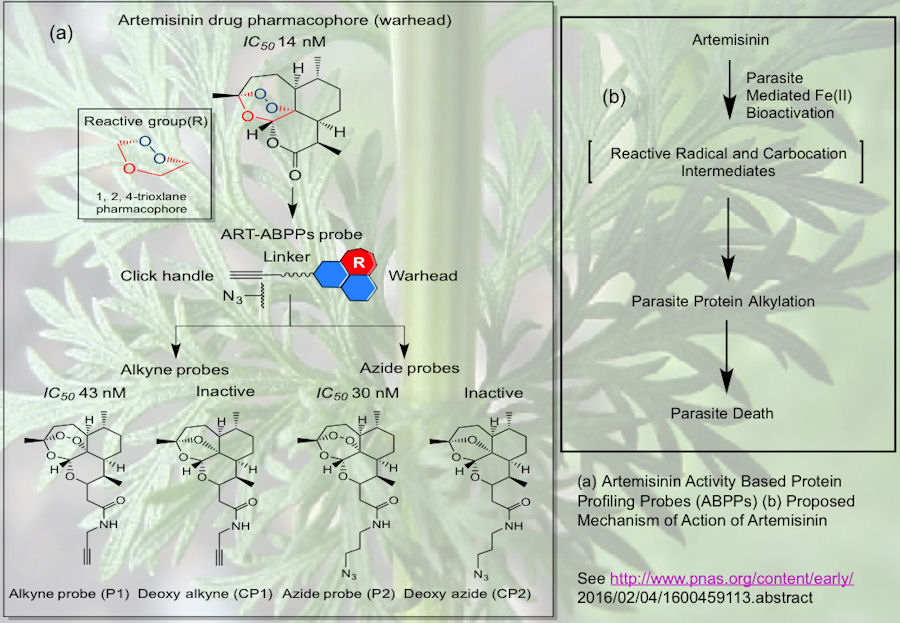 Using these probes in a chemical proteomic approach, involving living parasites and in situ Click Chemistry, the Liverpool team have been able to identify multiple new artemisinin drug-targets that are essential to the parasite’s survival. The data point to a pleiotropic mechanism of drug action for this class whereby the drug is capable of multi-protein attack. With this chemical biology strategy now in place, the group now has the tools for investigating resistance mechanisms to ART-based drugs as well as mechanisms of action of other endoperoxide-based drugs. See http://www.pnas.org/content/early/2016/02/04/1600459113.abstract

This work was first presented by Hanafy Ismail at The Royal Society of Chemistry Biological & Medicinal Chemistry Sector Meeting on “New perspectives in DMPK” held at The Chemistry Centre, Burlington House, London in March 2014 where Hanafy was awarded best poster prize. See http://blogs.rsc.org/books/2014/03/06/best-poster-rsc-bmcs-meetin/ 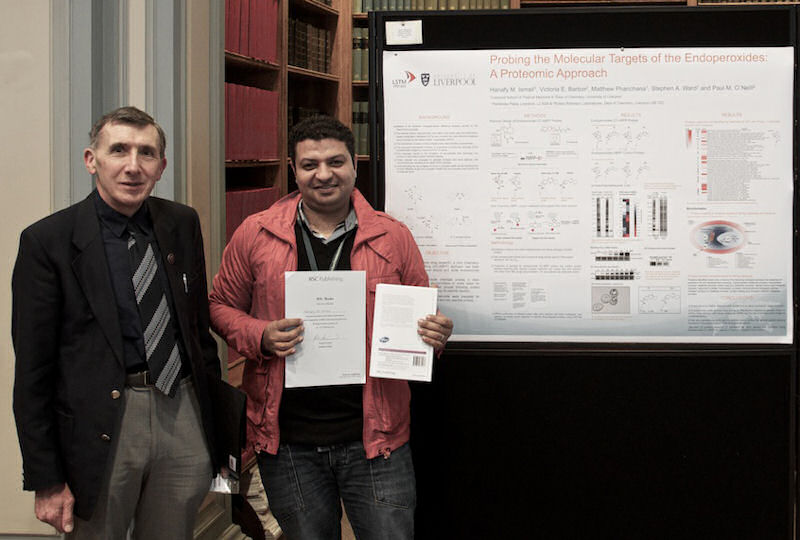