Congratulations to current PhD student, Kathryn Price, who was awarded a prize at the Royal Society of Chemistry Biological and Medicinal Chemistry Postgraduate Symposium at the University of Cambridge. This prominent annual event is the preeminent forum for postgraduate students to present their work in medicinal and biological chemistry alongside fellow academic researchers and industrialists. The prize was awarded as recognition of the research that she presented in her talk as judged by the assessment panel. In addition to her presentation prize she was also awarded a bursary to attend and give a talk at the XXIV European Federation for Medicinal Chemistry International Symposium on Medicinal Chemistry in Manchester later this year.

Kathryn’s talk described her research into developing novel antimalarial therapies. She is in her final year of her PhD working under the supervision of Paul O’Neill and Neil Berry. Kathryn also has spent time in a collaborators laboratory in the University of Washington, St Louis, USA led by Audrey Odom. Her work has been supported by the Department of Chemistry and Children’s Discovery Institute. 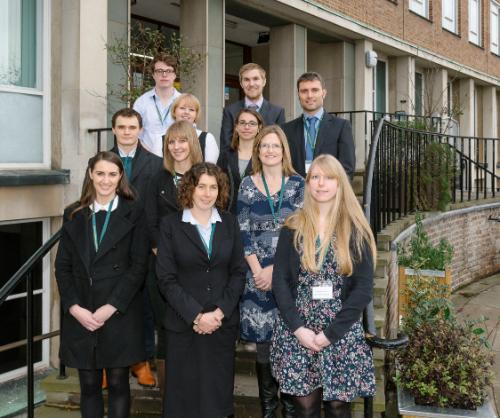 Image: Speakers at the Royal Society of Chemistry Biological and Medicinal Chemistry Postgraduate Symposium at University of Cambridge

In a further success, Kathryn also recently won a “drug discovery challenge” at a flagship event organised by the Royal Society of Chemistry and Biochemical Society titled “Research Mobility in Drug Discovery”. This event was part of a suite of activities being led by the Drug Discovery Pathways Group - a partnership of Learned Societies (Royal Society of Chemistry, Society of Biology, British Pharmacological Society, Biochemical Society). The 2-day residential workshop for researchers across the life sciences (chemistry, biology, clinical) enabled the sharing of their scientific expertise, expanding their knowledge of drug discovery and developing new networks and skills. A major focus of the workshop was a drug discovery challenge in which a drug discovery scenario was addressed in small, multidisciplinary teams. Kathryn was a member of the winning team.