Following on from the successful tests which mark the beginning of the commissioning of the Cryring accelerator into the Facility for Antiproton and Ion Research (FAIR) at GSI, there was much to discuss at the annual Stored Particle Atomic Research Collaboration (SPARC) meeting at the Jagiellonian University, Krakow, Poland. When fully commissioned, FAIR will be one of the most intricate and sophisticated particle accelerator chains in the world allowing science to be performed in nuclear, plasma and condensed matter physics. 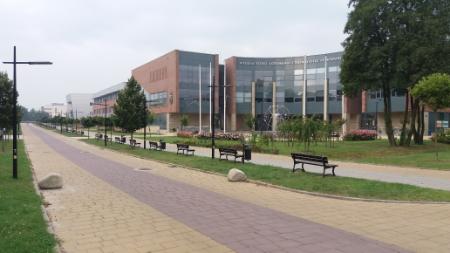 SPARC which falls under one of the four pillars of GSI, Atomic, Plasma Physics and Applications (APPA), will perform experiments into dynamics in strong electro-magnetic fields and fundamental interactions between electrons and heavy nuclei. Talks ranged from very diverse areas including machine performance, interstellar chemistry and spectroscopy experiments, to name a few and gave a glimpse into the exciting experiments which will begin in 2018 when FAIR restarts.

The Facility for Low-Energy Antiproton and Heavy Ion Research (FLAIR) also falls under the APPA pillar and will allow experiments to be performed into fundamental anti-matter physics utilizing the FAIR facility. Development of FLAIR into FAIR is some years away, however, good science is rooted in preparation. This is true of not just scientific equipment but scientists themselves. This is where the new innovative training network Accelerators Validating Antimatter Physics (AVA) steps in which was introduced at the SPARC workshop by Quasar member Dr. Lee Devlin to keep the community aware of ongoing developments. AVA will train the next generation of scientists in both accelerator and antimatter physics in preparation for future and current experiments at FLAIR and elsewhere around the world and will bring both communities closer together through the schools and topical workshops which are planned over the next few years.