On 14 and 15 September 2019, CERN opened its doors to the public and allowed people to experience two special days at the heart of one of the world’s largest particle physics laboratories. The event takes place every few years and hosts several thousand visitors each time. During this edition, 75 000 people from all over the world visited the Swiss laboratories and the event was run by more than 2000 volunteers. The scale of the event was so large that CERN had to shut down nearby roads and provided an entire bus network to transport people to nine sites in and around the 27-km accelerator ring. 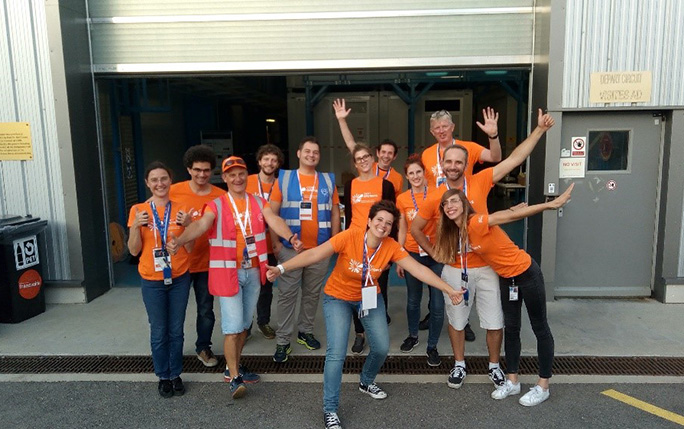 Antimatter Factory hosted 2213 visitors with AVA Fellow Mattia Fanì taking part in the event as a guide in the facilities during both days. Antimatter Factory includes six experiments and two deceleration rings – the Antiproton Decelerator and ELENA. They slow antiprotons down to speeds at which they can be confined and studied and physicist can then perform a range of experiments to compare the properties of matter and antimatter and to understand the origin of the Universe.

Bruno Galante actively participated in developing the EA (Experimental Areas) section’s exhibition as well as the posters to introduce the section and the DEMO. He was based in the Prevessin side where all the sections composing the Beam Instrumentation group had their exhibitions. The aim was to highlight the research of each section with posters and with a particular demonstration showcasing one of the particle detectors developed within the section. In Bruno’s case, the DEMO consisted of a Cosmic Ray Telescope using a scintillating fiber monitor. This scintillating fiber monitor is normally used to detect and study particles coming from the secondary lines in the experimental areas but it can also be used to detect cosmic rays. It was very powerful to present it to visitors whilst it was working in a real time. This was a very successful event where Bruno had the chance to interact with people of different age, different background and in many cases different mother tongue. 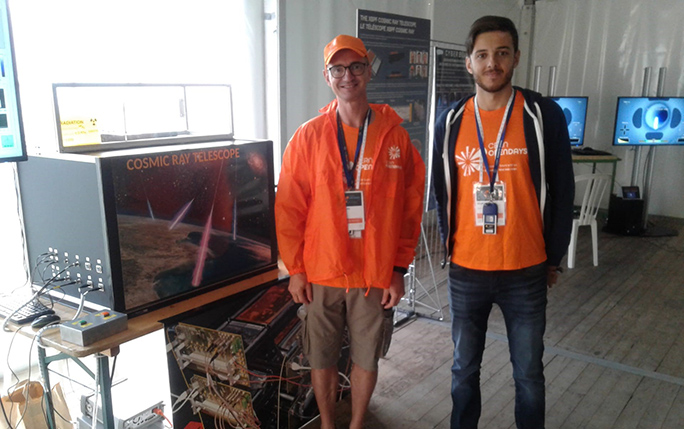 Bruno as a CERN guide.

Outreach and public engagement forms an important part of the activities in the AVA network. As part of the wider skills development, all AVA Fellows engage with a range of audiences to share their passion for science.