The GSI atomic physics department held a workshop in May to report on the progress within the department over the last year. This year the workshop was attended by over 56 people associated with the department.

There were three days of sessions divided into 5 topical areas.  Participants discussed advancements at CRYRING and the ESR as well as the progress of the FAIR facility and plans for the day 1 experiments at FAIR. In a session focused on HITRAP and trapping experiments AVA Fellow Jeffrey Klimes presented an update on the progress in connecting the HITRAP low-energy beamline to the ARTEMIS experiment. 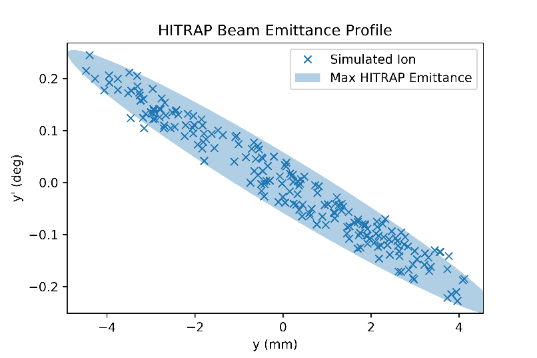 At the time, work was focused on the results of a simulation of a pulsed drift tube (PDT) that will be used as the last stage of deceleration before injection into the ion trap. The simulation, which was done in SIMION and benchmarked with COMSOL, demonstrated a good agreement to measured ion beams at HITRAP and concluded that the PDT could be implemented in the room-temperature, low-magnetic-field region below the cold valve that will isolate the trap from the rest of the beamline.  Figure 2 shows the simulated and actual beam emittance before the PDT, and figure 3 shows the transmission vs voltage in the high-voltage state of the PDT. 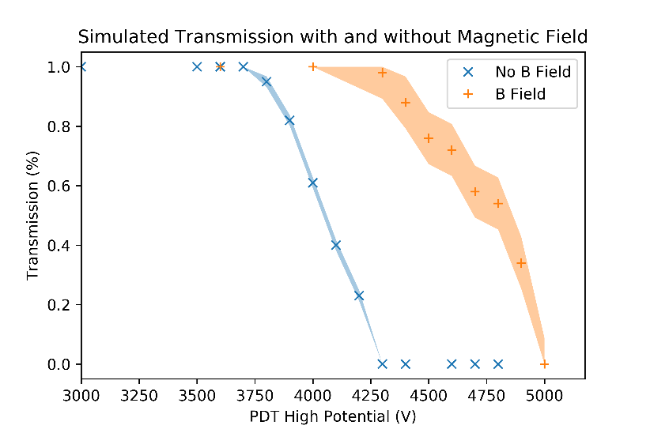 Figure 2: Difference in transmission when including magnetic fields.  From this it was can be determined that the PDT can be implemented in a region of relatively low magnetic field.