It was a day of celebration at the Physics Pre-Graduation Event as staff, students and families came together to celebrate the academic achievements of students studying on Physics programmes.

Food and refreshments were provided by the student support office and family and friends provided positive feedback regarding the event.

There were a number of prize winners on the day who were presented with a certificate and prize in front of their peers, by Head of Department Professor Carsten Welsch. 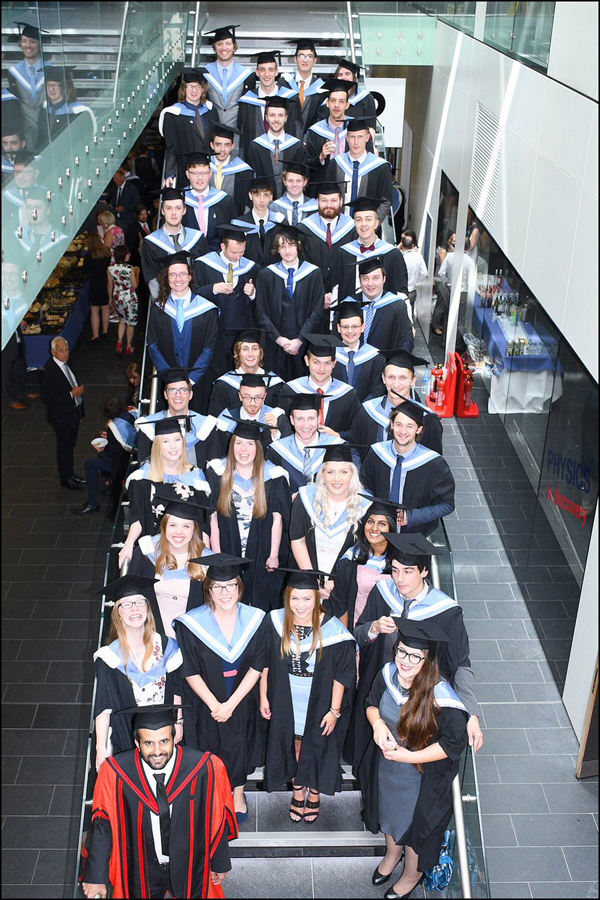 Wilberforce Prize Awarded to the Physics student who performs best in Year 2.

We would like to wish all our current and finishing students the best of luck in their future endeavours.