Dr. Ricardo Torres was born in Madrid (Spain) in 1973. He started his research career at the Institute of Chemical Physics – CSIC, working on excimer laser ablation of surfaces and ablation plume dynamics. He received the doctorate in Physics from Universidad Complutense de Madrid in 2003, and then moved to the Physics Department of Imperial College London where he did theoretical and experimental research on strong laser field interactions with molecules: molecular alignment, high-order harmonic generation, and attosecond science. He also did research visits and experiments in the Rutherford Appleton Laboratory (UK), Instituto Politecnico di Milano (Italy), and RIKEN (Japan).

In 2010 he moved to the Centro de Láseres Pulsados in Salamanca (Spain), where he became head of the scientific division and lecturer in the Master of Laser Physics of University of Salamanca. In Salamanca he led the research on laser-driven ion acceleration, supervising one of the fellows of the LA³NET network. He was also in charge of the management of medium and large scale projects.

In February 2015 he joined the EU Project T.E.A.M. as project manager for the oPAC network. 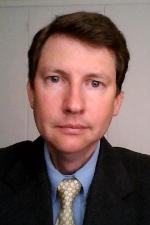