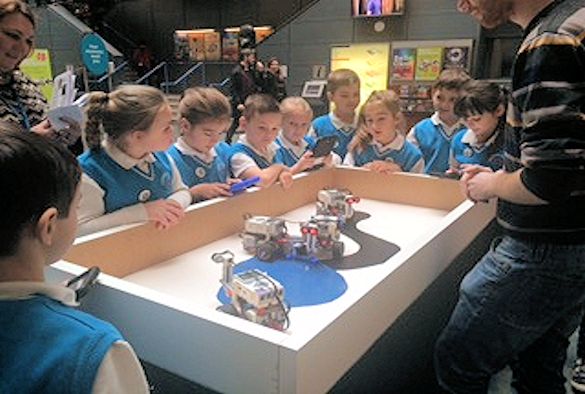 Researchers from the Department of Computer Science joined school children at the World Museum Liverpool for`Cosmic Classroom', a special space-related programme of activities.

As part of `Cosmic Classroom', British Astronaut Tim Peake spoke to the children by a direct satellite link to share with them the excitement of space science.

Liverpool's Centre for Autonomous Systems Technology ran a demonstration session about controlling Mars Rovers as part of the event.

Lego Robots, funded by the Science & Technology Funding Council (STFC), give children the opportunity to try to drive rovers as if they were on the moon and learn about sensors and robot programming.

Liverpool Computer Scientist, Dr Louise Dennis, said: "It is always wonderful showing our work to children and seeing them engage with the robots.  Today was particularly exciting since we also got to see the live link up with Tim Peake."