The light side and the dark side – can they be explained with the latest antimatter research? With the imminent launch of “The Last Jedi” Professor Carsten Welsch was exploring the “Physics of Star Wars” in an event that introduced cutting-edge EU funded science to hundreds of school children, undergraduates, PhD students and university staff. 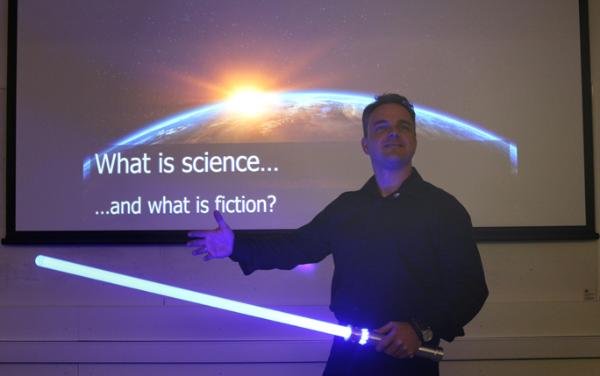 “The light and dark side of the Force in Star Wars was an ideal opportunity to talk about matter and antimatter interactions which we are exploring in our brand-new research network AVA.” 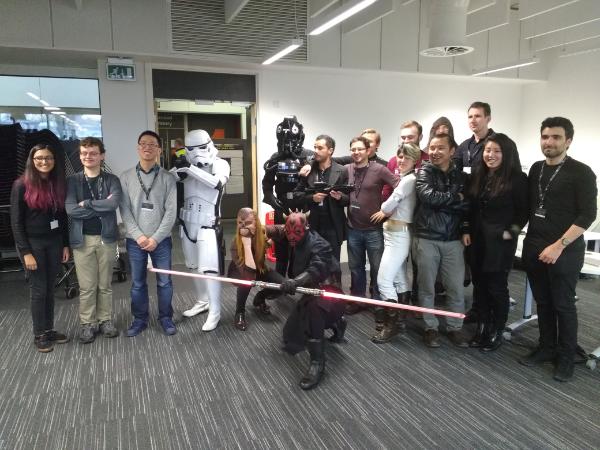 AVA fellows and ‘friends’ at the event.

After the lecture, participants had the opportunity to understand the science behind Star Wars through numerous hands-on activities in our award-winning Central Teaching Laboratory. This included laser gravity, augmented reality experiments, and even two full-scale planetariums, which immersed the participants into the world of Star Wars.

Professor Welsch and the AVA fellows who joined him on the day had the kind permission of Lucasfilm to use film excerpts; these were complemented by Lego Star Wars models, a real cantina as found in the movie, stormtroopers and even Darth Maul himself! BBC Focus Magazine,  BBC Radio Merseyside (from 1:26:11), the Warrington Guardian, Physics World and the UoL staff news have already reported the event bringing the AVA project to the attention of hundreds of thousands throughout the galaxy.