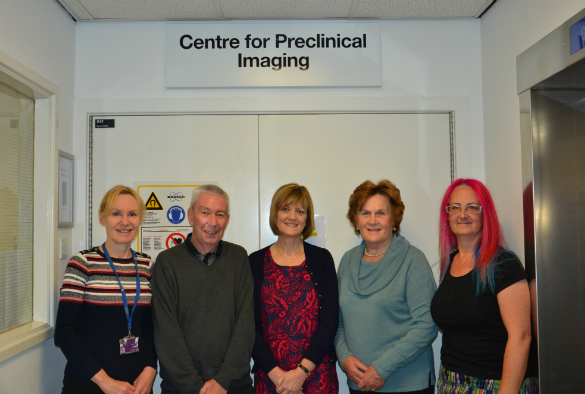 "Renal regenerative medicine is now a key research focus at the University of Liverpool. This is partly due to major funding from the EU (the ‘Kidstem’ and ‘NephroTools’ Research Networks), the UK Regenerative Medicine Platform (UKRMP) and the Medical Research Council (MRC), which together with institute funding, has enabled Liverpool to establish a state-of-the-art Centre for Preclinical Imaging.

This new imaging facility is allowing researchers at Liverpool to gain novel insights into the mechanisms of how cell therapies ameliorate kidney disease, as well as permitting the safety and efficacy of the therapies to be accurately assessed. However, none of this would have been possible without the generous support of a local charity called Alder Hey Children’s Kidney Fund (AHCKF), which through the award of a PhD studentship in 2005, enabled Liverpool researchers to start what has now become an internationally recognised research programme in renal regenerative medicine.

The Charity has continued to support this research area at Liverpool, and has recently awarded a Fellowship to a young paediatric surgeon, Rachel Harwood, so that she can explore the potential of cell therapies to ameliorate the renal damage that is incurred in children undergoing cardiac surgery.

To acknowledge the support of AHCKF, representatives of the Charity were invited to visit the campus on 10th November in order to be given a tour of the new Centre for Preclinical Imaging, and to be updated on the exciting progress being made in renal regenerative medicine research."