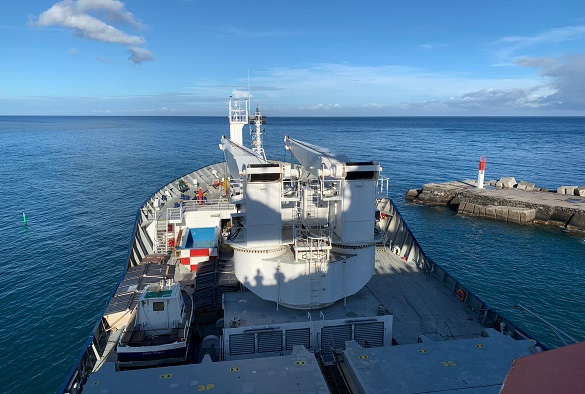 Millie Goddard-Dwyer, a PhD student in the Oceans group in the University's School of Environmental Sciences, is currently on a research cruise studying the controls on iron distributions and uptake by bacteria in the Southern Ocean.

The cruise is a French contribution to the international GEOTRACES initiative, an international programme dedicated to studying the distributions and cycling of trace elements and isotopes in the ocean and Millie is supported by a travel grant from the Challenger Society.

"On January 13th 2021, I  set sail from La Reunion to participate in the SWINGS GS20, a GEOTRACES oceanographic research cruise aboard the French vessel the RV Marion Dufresne.

This isn’t your usual piña coladas and sun lounger pleasure cruise. The scientific team onboard this cruise, comprised of researchers from around the world, has the overarching aim of investigating the sources, sinks, and transformations of trace metals within the Indian Ocean sector of the Southern Ocean.

Some trace metals, in particular iron, are an essential micronutrient for primary producers. However, low terrestrial and atmospheric fluxes to the Southern Ocean cause iron to be present at vanishingly low concentrations, limiting primary production by phytoplankton (single celled plants) to low levels in this vast ocean.

This cruise aims to survey these sources, also measuring trace metal release whilst crossing the South West Indian Ridge vent system and ‘island hopping’ across sub-Antarctic islands, including the Crozet and Kerguelen islands. 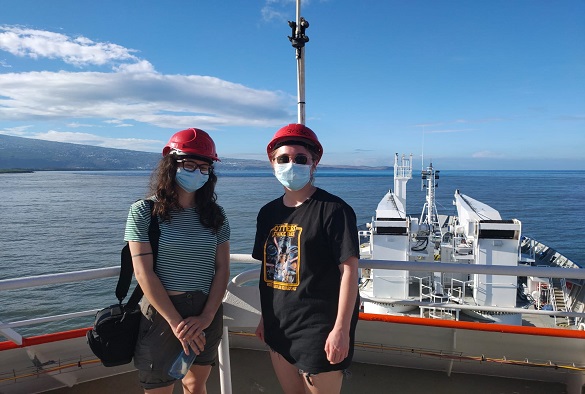 My role is as part of the core trace metal sampling team, taking samples to determine trace metal distribution and cycling throughout the water column across the entire cruise transect, and to perform on board incubations which target iron cycling by bacteria. I study humic ligands, organic molecules which are thought to play a key role in regulating the amount of iron in seawater.

Humic ligands are thought to be produced by microbial degradation of organic matter, however, the processes involved in their production and degradation are unresolved. My work onboard SWINGS aims to dissect these process pathways, focusing on the role of the nutritional quality of organic matter and the presence of terrestrial iron from sub-Antarctic islands in mediating humic ligand cycling.

Observational data collected and process studies undertaken on this cruise will give insights into iron and other trace metal cycling and how this affects primary production in the Southern Ocean.

Ultimately, more knowledge of the biogeochemistry of the Southern Ocean will improve our understanding of the role it’s primary production plays in carbon storage."

For further info on the cruise you can follow the ship's blog>>  https://swings.geotraces.org/en/homepage-english/