Improving projections for the future of bluetongue and its vectors under scenarios of climate and environmental change.  £1,275,000.  2013-2017.  BBSRC Invertebrate Pests and Disease Vectors call. 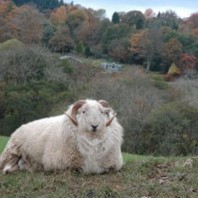 Bluetongue (BT) is a vector-borne disease of ruminants which, since 1998, has caused the deaths of millions of head of livestock in Europe. BT's emergence has been linked to climate change: first, by demonstrating overlap between the disease and regions of greatest warming; and second, by driving a model of BT's basic reproduction number (a measure of outbreak risk following viral introduction) with observed climate and successfully capturing many aspects of the disease's emergence. While climate change is implicated in BT's past, we lack a framework for investigating the disease's future. The main aim of this project is to integrate a newly developed BT transmission model (which is spatially explicit, has infection spread by recorded animal movements and vector dispersal, incorporates control measures and is climate-sensitive) with state-of-the-art climate-model projections of the future . We will then investigate disease dynamics in future years (to 2050), and the efficacy of control measures under conditions of future climate. Non-climate drivers (environmental, demographic, husbandry etc) will also be considered and uncertainty will be quantified.

What, where and weather? Integrating open-source taxonomic, spatial and climatologic information into a comprehensive database of livestock infections.  £150,000.  2012-2013.  BBSRC Tools and Resources Development Fund.

What are all the species of pathogen that affect our livestock?  It is important to answer this question, to help protect the animals that produce our food, and also because nearly 7 out of every 10 human pathogens originated from animals, with a good number from the livestock and pets that we associate closely with.  Remarkably, however, even for humans this question was only answered ten years ago (1415 were listed) and there remains no definitive answer for livestock, domestic pets and other animals.

This project will further develop a new database of livestock (and other) pathogens, called EID2 (ENHanCED Infectious Diseases 2). EID2 has been built largely from the tens of millions of records of DNA and RNA sequences that are uploaded onto public databases; where such sequences are from a pathogen, they are frequently uploaded with further information on the host (which animal the pathogen was obtained from), where and when it was obtained, and who by. EID2 takes this information, and draws conclusions; for example, that a certain type of pathogen infects a certain host species, and it is/was present in a certain country at a certain time.  Similar conclusions can be drawn, and added to EID2, from the tens of millions of publications held in other public databases, thereby covering times and places where sequencing has not been extensive. EID2 can map the pathogens and, by incorporating climate data, it can model the climate conditions that determine their distribution.  EID2 is open access.

This study establishes new linkage between researchers in the Sultanate of Oman and British-based experts on epidemiology and avian viruses.  The study's aim is to survey backyard poultry flocks in Oman for two avian Select Agents: Highly Pathogenic Avian Influenza (HPAI) virus and Newcastle Disease virus.  Both are zoonotic (capable of infecting humans) but also pose great threat to poultry industries.

Infections with parasitic worms (nematodes and trematodes) represent a significant economic and welfare burden to the European ruminant livestock industry. The increasing prevalence of anthelmintic resistance means that current control programs are costly and unsustainable in the long term. Recent changes in the epidemiology, seasonality and geographic distribution of helminth infections have been attributed to climate change. However, other changes in environment (e.g. land use) and in livestock farming, such as intensification and altered management practices, will also have an impact on helminth infections.  GLOWORM is developing new models for the impact of global change on parasite epidemiology.

Livestock production efficiency is impaired by helminth infection which is ubiquitous in cattle, sheep and goats world-wide. It causes severely debilitating gastro-intestinal, respiratory and hepatic disorders, dependent on the infecting species.  The treatment and prevention of helminth parasitism in livestock continues to rely almost exclusively on the use of anthelmintic drugs, an approach threatened by the global emergence of anthelmintic resistance.  An alternative approach is vaccination.  PARAVAC is developing models for investigating the usefulness of vaccines against liver fluke infection and disease.

The QWeCI project aims to understand at a more fundamental level the climate drivers of the vector-borne diseases of malaria, Rift Valley Fever, and certain tick-borne diseases, which all have major human and livestock health and economic implications in Africa, in order to assist with their short-term management and make projections of their future likely impacts.  QWeCI is developing and testing the methods and technology required for an integrated decision support framework for health impacts of climate and weather.

Assessment of the potential impact of future climate change on human health and well-being (the latter via effects on animal health) is hindered by the sheer number of pathogens, their diversity, varied linkages to climate and ecosystems and, often, lack of data.  The ENHANCE project has developed a unique database of pathogens of humans and domestic animals using information in the NCBI nucleotide database and Pubmed.  We have filtered for those pathogens found in Europe, and prioritized them using a novel tool, the H index.  Systematic review of the literature for the top two hundred pathogens of humans and animals indicates that about 60% of pathogens are climate-sensitive.

This project is establishing the vector competence of British mosquitoes as vectors of arboviruses. Work has focussed on the mosquito Ochleratatus detritus and the flavivirus, Japanese encephalitis virus.

This funding was used to establish the Liverpool University Climate and Infectious Disease of Animals group.  The LUCINDA group comprises a multidisciplinary group of scientists and postgraduate students tackling the question of how best to develop quantitative models of the effects of climate change on infectious diseases of animals. The main research foci are:

Bluetongue - a midge-borne viral disease of ruminants that is spreading in response to climate change.  We have developed mathematical models to describe its spread between British farms; integrated state-of-the-art climate models and disease models to predict the future risk of the disease in Europe; and have undertaken a programme of field work to better understand the ecology of the insect vectors.

Liver fluke - a trematode worm parasite of sheep and cattle (and occasionally humans) that has a snail intermediate host.  We are developing climate-driven models of its future incidence and distribution. building statistical models of its present distribution in dairy farms in England and Wales in terms of climate and environmental variables; and improving understanding of the link between immunity to liver fluke and bovine tuberculosis.

Japanese encephalitis - a mosquito-borne viral disease that kills about fifty thousand children in southeast Asia each year.  We are determining the influence of climate on its distribution and seasonal patterns of transmission.

Plague - a flea-borne disease that, historically, has killed millions of people and which is re-emerging in Africa.  We have investigated the influence of climate on the incidence and distribition of human plague in Madagascar.