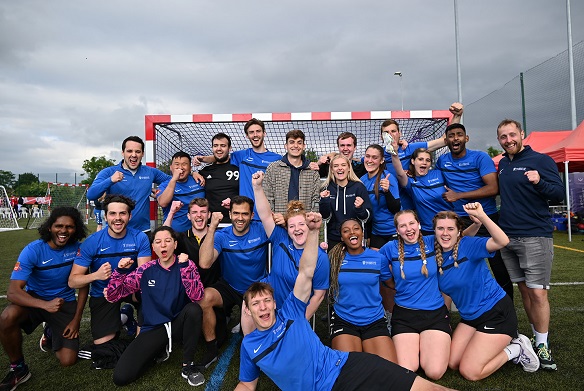 This is the first year that Handball has been included in BUCS higher education sport, and both men’s and women’s teams from the University of Liverpool achieved great success. The women’s squad placed second in the competition, an achievement made even more impressive given the team travelled with a squad depleted by injuries, featuring only seven players and without their regular goalkeeper.

The team competed with determination and passion winning three of their four games. Solid defence and a solid attack saw them push Loughborough, all the way. The team played superbly, falling short by just two goals.

The men’s team faced a challenging schedule with six games to play. An early win against Manchester gave the whole squad a boost. A single goal defeat in a tight game against Warwick was followed by a win and a loss against Oxford and Heriot-Watt. Loughborough's second team were brushed aside, before a final game against old rivals Birmingham resulted in a very impressive victory.

The team produced some great attacking play in all games with a number of debut goals from the new players. Four wins from six games put bronze medals around the team members’ necks, and by the end of a day Liverpool Handball had announced its arrival at the top table of University handball.