COVID-19 vaccines are a victory for public research, not 'greed' and 'capitalism' 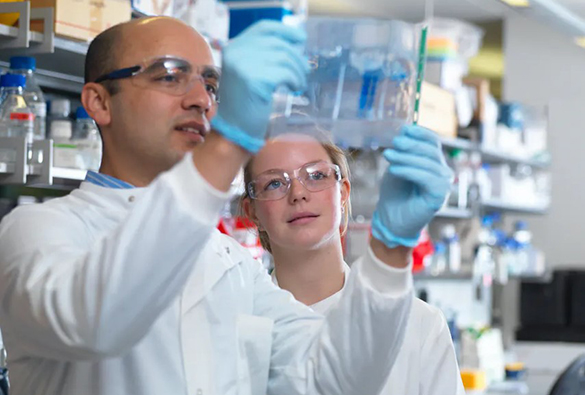 David Whyte is Professor of Socio-legal Studies in the University of Liverpool's Department of Sociology, Social Policy and Criminology

Boris Johnson, the UK prime minister, reportedly attributed the success of the COVID-19 vaccines to “capitalism” and “greed”. But he is wrong – the idea that private ingenuity and naked competition produced the vaccines is a complete fantasy.

Before COVID-19, the vaccine market was notoriously sluggish, taking between five and 15 years to develop a viable candidate. It is for this reason the current effort looks so remarkable.

For pharmaceutical companies, the incentives are poor. In April 2018, long before coronavirus emerged, a report by Goldman Sachs analysts proposed that providing a “one shot” cure for diseases could never be a “sustainable business model”.

Earlier coronavirus diseases, Sars and Mers, had no vaccine. Both had candidates initially tested on animals that did not make it to human trials. The Ebola vaccine was finally approved in 2019, 16 years after it was first patented and a full six years after the start of the epidemic in West Africa.

There can be little doubt that racial capitalism and global economics has shaped our response to this virus. Previous viruses did not threaten the economy of the developed countries to the same extent. The costs of Ebola to west African countries is estimated at more than US$50b. The cost of Sars was significant for the Asian economy, amounting to between 0.5 and 2.0% of GDP. The economic fallout of Mers was largely limited to the South Korean economy.

Most advanced economies stand to lose at least 4.5% of GDP as a result of this pandemic. So we needed COVID-19 vaccines to save these economies. Does that count as a success for greed and capitalism?

A victory for public funds

The reason the COVID-19 vaccines arrived at such warp speed is that the risk model changed overnight and the normal risks associated with vaccine development were almost completely removed from investors. Before this pandemic, capitalism was not very good at delivering vaccines for infectious diseases.

Research and development, combined with direct subsidies were mobilised on an enormous scale for this pandemic. Governments used public funds to place huge advance orders for vaccines that removed all market risk from future sales.

The development of the COVID-19 vaccines is, therefore, part of a vast system of public subsidy that can deceive people into thinking that it is private capital that is saving us from the virus, thanks to its capacity for “innovation”.

Yet there is another subsidy to those companies that remains hidden – universities.

Universities provide trained scientists and a foundation of knowledge that emerges over hundreds of years. It is in universities that the rules for clinical research are developed, and it is university researchers who publish results in academic journals which provide that knowledge foundation.

Universities make the largest social contribution to verifying and disseminating scientific breakthroughs. It is knowledge that we hold in common. In economic terms, this knowledge production counts as an “externality” in the business model: an invisible subsidy that never shows up on a corporate balance sheet, because corporations never have to pay for them.

The infrastructure that produced the COVID-19 vaccines was nurtured in publicly funded universities, in public institutes and in heavily subsidised private labs. A process that looks like it is driven by private ingenuity and naked competition in reality is driven by the scientific knowledge that is part of the “commons” and for this reason should be owned by everyone on the planet.