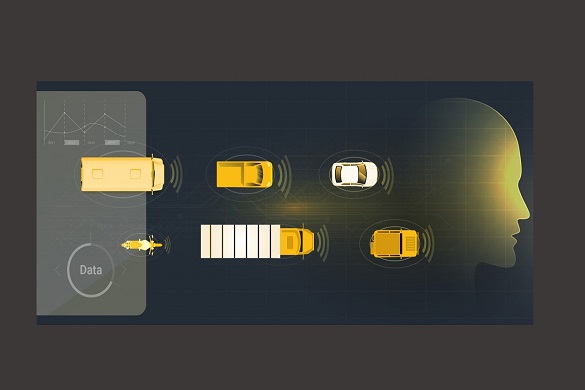 An EU project to better understand how to enhance driver behaviour and increase public acceptance of autonomous vehicles approaches its completion with partners, including University of Liverpool engineers, meeting this week to discuss their findings and recommendations.

Over the last three years, Dr Mike Jump and Dr Vincent Page from the University‘s School of Engineering have provided their expertise in flying autonomous vehicles to PAsCAL, an EU Horizon 2020-funded project consortium involving 13 partners from across the EU.

Liverpool Research Associate Dr Vincent Page undertook a series of flight simulation trials in the School of Engineering’s HELIFLIGHT-R facility to understand the attitudes and concerns of potential users of an autonomous air taxi service.

Participants undertook a simulated air taxi ride from Liverpool John Lennon Airport to a destination of their choice in the Liverpool City Region. As part of this scenario, they were presented with various changes to their flight with the onboard autonomous system offering help to make a decision as to what to do next. 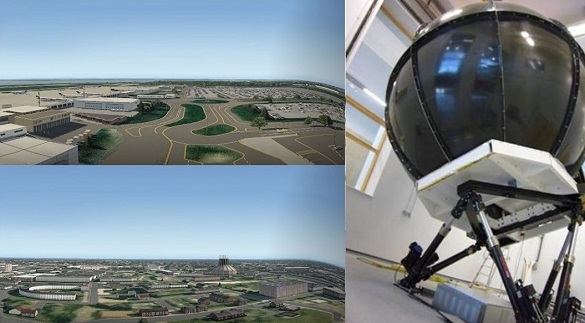 This help was offered in two different ways; either by consent (the system would not execute a decision until the user selected one) or by exception (the user had a certain amount of time to accept the system’s decision or select an alternative course of action).

The initial results indicate that, as might be expected, autonomous air taxi users preferred to have more control over the decision-making process (autonomy by consent) but that, when autonomy by exception is used, they are more likely to accept the decision made by the autonomous system.

Dr Jump and Dr Page will be sharing their findings at an event celebrating Pascal’s achievements that is taking place in Luxembourg this week.

Their research will contribute to PAsCAL’s final output, the Guide2Autonomy (G2A), a set of guidelines and recommendations aimed at accelerating the user-friendly evolution of connected automated vehicles and transport systems.

Dr Jump said: “The findings from our study are important to developers of such systems as well as their operators in terms of how best to present information to users, particularly if safety-critical decisions need to be made. The participants were surveyed on their attitudes towards autonomous vehicles both before and after their flight. It was found that, on average, the participant’s views on using an autonomous air taxi improved. This is potentially an important finding for policy-makers.

He added: “It was a privilege to be invited into the PAsCAL consortium. Both I and Dr. Page are excited to be able to contribute to the Guide2Autonomy, which will hopefully be an invaluable online resource for policy makers, equipment manufacturers and the general public. It will provide them with resources to illustrate how best to promote public acceptance of connected autonomous vehicles into Society.”

PAsCAL is a three-year EU-funded Horizon 2020 project that aims to create a new framework that will help to better understand the implications of connected and autonomous vehicles (CAVs) on society, to measure the degree of acceptance of European citizens towards these mobile robots, and educate their future drivers, passengers and those who will share the road.