A new innovation hub: The Centre for Plasma Microbiology

In an increasingly interconnected world, complex scientific challenges require researchers to come together to catalyse research from the theoretical to the practical, beneficial, and useful.

At the University of Liverpool’s new Centre for Plasma Microbiology, working alliances are being forged that straddle the physical, chemical, and biological sciences. Their networks could lead to step-changes in the way that food shelf life is improved, medical devices are cleaned, and offer an alternative to wound treatment and radiotherapy. 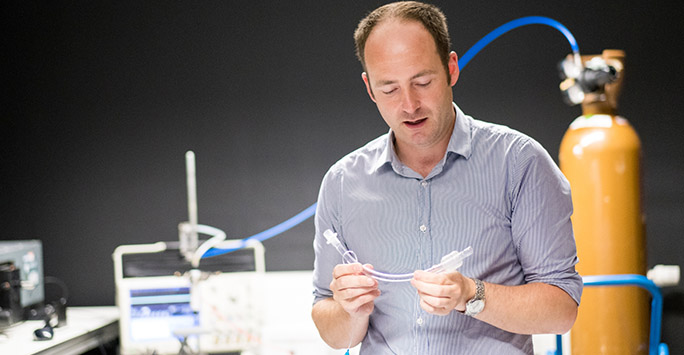 “There are so many ways to generate useful plasmas,” says the University of Liverpool’s Dr James Walsh who heads up the new centre. “It’s such a complex problem that we needed a hub to bring people together.

Scientists are only just beginning to utilise the world of plasmas – a form of matter like solid of liquid, akin to a gas of charged particles – especially plasmas generated under normal ambient conditions. Made from the natural air around us by adding electricity, the charge causes oxygen and nitrogen in the air to form exotic molecules called ‘reactive species’, such as ozone. “These molecules are very powerful antimicrobial agents that work together in a synergistic interaction,” says Walsh.

Exposing surfaces to the cleansing chemistry of plasmas for just a second is enough to safely cleanse fruit and vegetables of food-spoiling microbes. Adding just a few more seconds takes cleansing to a level particularly suitable for medical devices that are expensive but hard to clean, like endoscopes. 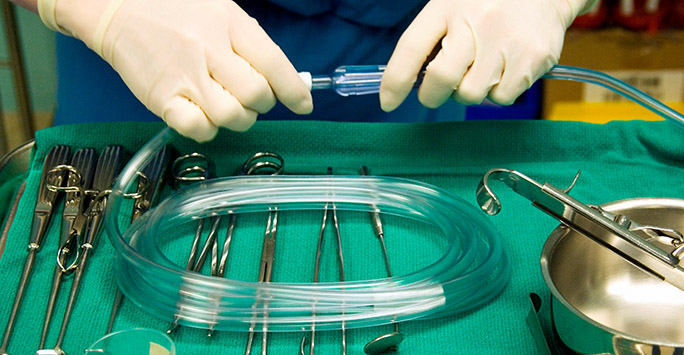 Hip replacements and other surgical implants could also benefit because plasmas are particularly effective against the biofilms that bacteria secrete to protect themselves. Biofilm formation in tubes like catheters and breathing apparatus is a significant global problem in hospitals, and there is a 33-50% mortality rate for ventilator-associated pneumonia in some populations.

Awarded £1.5 million in grants over five years to establish the centre, Walsh and colleagues have been working with local hotspots of expertise, such as the Liverpool School of Tropical Medicine and the North West Healthcare Science Network, as well as national bodies such as Public Health England to make the centre ready to undertake research and clinical trials within five years. International collaborations are also now possible with researchers in Germany and Slovenia, for example, who like Walsh are interested in using plasmas for wound healing and cleaning due to plasma’s reactive oxygen and nitrogen molecules having a sterilising and healing effect, respectively. Some have even experimented with plasmas for treating tumours, with some success, although this remains at an early stage.

As a unique innovation ecosystem, Walsh is looking forward to global researchers partnering with the centre to tackle existing and emerging challenges, utilising The Liverpool Advantage and sharing intellectual property (IP) whenever possible and making publications and research data available to all.