Laurence Alison has an international track record of publishing on the subject of high stakes decision making, investigative profiling and investigative interviewing. His core area of interest is social cognition and the processes by which individuals make sense of uncertain, high risk, ambiguous, complex or contradictory information, with special reference to decision inertia, anticipatory thinking and the use of simulated environments and debriefing tools to train practitioners to overcome decision inertia and to increase the efficacy of multi agency communication. He graduated from Liverpool University with a PhD in 1998, was a lecturer in Forensic Psychology at the University of Liverpool until 2000 when he was appointed as a Senior Lecturer at University of Birmingham and returned to Liverpool and appointed as Chair of Forensic and Investigative Psychology in 2004. He works within the Psychology, Society and Health Institute, where he also serves as one of 5 Security and Conflict Champions and as one of the members of the recently formed Risk Institute. Emerging, cross faculty work includes an examination of  the cognitive workload involved in retargeting mid range air to ground missiles (with Dr Ralph, engineering); the threat of CBRN weapons and their impact on decision making with Prof Gosden (Division of Pathology) mechanisms to communicate risk (with Prof Beer, engineering), argument structures in risk/threat decisions (Dr Grasso, Computer Science). He is currently also involved in a project examining decision making and interviewing with high value detainees and is about to assist Kent Police Authority in the national roll out (Spring, 2012) of a risk prioritization tool for internet sex offenders developed by University of Liverpool and Kent Police.

Prof. Alison has worked on over 100 high profile cases for the police, law enforcement agencies and the courts in over 15 countries including Israel, the US, Canada, Australia, China, Japan, India and Singapore as well as all the Scandinavian countries and several countries in Europe. These include the defense case for Colin Stagg in the murder of Rachel Nickell, as well as advice for investigative interviewers in the £26 million Northern Bank Robbery; the Atherstone on Stour Fire Fighter Tragedy, The Millie Dowler Case Review, negotiations in the Edwin Dyer case in the Yemen and reports to advise on the use of covert human intelligence sources in relation to international extremist threats (including, for example, the case of the liquid bombers). He has also been the key psychological advisor and provided debriefing reports on the following cases: Operation Gamble (the attempted kidnapping of a British Muslim solider in West Midlands), The Sharm El Sheik bombings; hostage negotiations in Iraq (including Margaret Hassan and Ken Bigley), the response to the Boxing Day Tsunami, The murders of Holly Wells and Jessica Chapman, the 7/7 bombings, the Beijing Olympics and the poisoning of Alexander Litvinenko. He regularly provides an input to Senior Police, Fire and Health Teams (most frequently at strategic and tactical levels) on decision making. This includes Dorset Fire, Police National Centre for CBRN, ACPO Terrorism and Allied Matters and Tier 3 Advanced Suspect Interviewing.

He is Academic Director of the HYDRA Foundation ww.hydrafoundation.org, which he co directs with Prof. Crego

I have provided and organized seminars, conferences, CPD work and workshops for Police, Fire and Health Services. Some examples of recent events include: 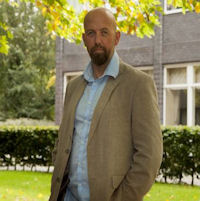