Dr Cooper’s research interests lie in the risks that are caused by the movement of water and sediment within river catchments. This includes river flooding, river erosion, overland flows (surface flooding) on hillslopes, soil erosion and the mobilization and transport of contaminated sediment. His work focuses on understanding the processes of water and sediment movement so that process-based models can be developed that allow this movement to be predicted. This has included using laboratory flumes and rainfall simulators to investigate the key variables that effect flow and sediment dynamics through the use of advanced image-, laser- and acoustic-based measurement techniques. I have developed a particle-based, stochastic model of soil erosion that allows the movement of individual particles to be simulated and the redistribution of soil to be mapped following a storm event. This model is being used, in conjunction with the University of Tsukuba, Japan, to simulate the mobilization and transport of radiocaesium in soils following the Fukushima Dai-ichi nuclear disaster. 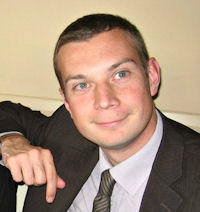