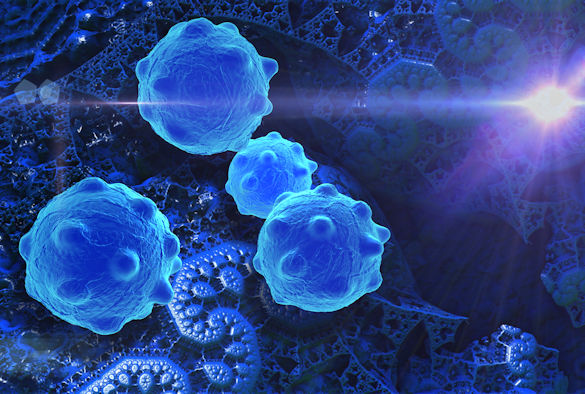 Ageing is one of the biggest risk factor for cancer. However, the biological mechanisms behind this link are still unclear.

Each cell in the human body is specialised to carry out certain tasks and will only need to express certain genes. Gene expression is the process by which specific genes are activated to produce a required protein.

Gene expression analyses have been used to study cancer and ageing, but only a few studies have investigated the relationship between gene expression changes in these two processes.

Normally, a healthy cell can divide in a controlled manner. In contrast, senescent or ‘sleeping’ cells have lost their ability to divide. As we age, the number of senescent cells in our bodies increase, which then drive many age-related processes and diseases.

Genetic mutations triggered by things such as UV exposure can sometimes cause cells to replicate uncontrollably — and uncontrolled cell growth is cancer. Cells are often able to detect these mutations and in response go to sleep to stop them dividing.

The researchers believe the changes in ageing and cellular senescence might relate to a decrease in cell proliferation, while cancer changes shift towards an increase in cell division.

Dr De Magalhaes, said: “One of the reasons our bodies have evolved to have senescent cells is to suppress cancers. But then it seems that senescent cells accumulate in aged human tissues and may contribute to ageing and degeneration. Importantly, our work challenges the traditional view concerning the relationship between cancer and ageing and suggests that ageing processes may hinder cancer development.

"While mutations accumulate with age and are the main driver of cancer, ageing tissues may hinder cell proliferation and consequently cancer. So you have these two opposite forces, mutations driving cancer and tissue degeneration hindering it. This may explain why at very advanced ages cancer incidence levels off and may even decline."

However, an alternative explanation comes from evolutionary biology. First author Kasit Chatsirisupachai, explains: "And aged tissue might actually be a better environment for a rogue cancer cell to proliferate because the cancer cell will have an evolutionary advantage."

Dr De Magalhaes adds: "Our results highlight the complex relationship between ageing, cancer and cellular senescence and suggest that in most human tissues ageing processes and senescence act in tandem while being detrimental to cancer. But more mechanistic studies are now needed."