Thomas Primidis received his "Ptychion" in Physics from the Aristotle University of Thessaloniki(AUTH) in Greece in 2015 and was awarded with an"Epainon" for overall academic excelence and four times received the annual prize for good academic performance. During his studies he worked on a neuroscience project in the Medical Physics laboratory and was an intern in the military chemical laboratory in the 873 Fuel Depot in Thessaloniki, working under the standards set by ASTM, NATO and the Greek Army. For his thesis, he simulated the properties of spherical nuclei in the relativistic mean field theory framework and compared the results to tabulated data.

After that, Thomas pursued a MSc in Medical Physics in the University of Surrey in the UK in 2016 and for his dissertation he built and tested a prototype multiple-antenna apparatus for active RFI suppresion in low-field NMR applications. During his studies he was a demonstrator in several physics undergraduate courses, spesialising in computational physics and mathematics with FORTRAN.

Thomas joined the QUASAR Group in October 2017, he is funded by the Science and Technology Facilities Council within the Accelerators for Security, Healthcare and Environment (ASHE) project. His research is directly connected to the industry and he will focus on Monte Carlo simulations on the design and optimisation of ultra-compact, high resolution x-ray imaging systems made by Adaptix Ltd. 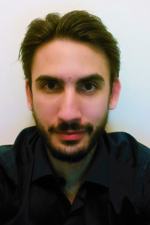