Samantha completed her degree in Astrophysics at Saint Mary's University, in Halifax, Nova Scotia, Canada. After which, she joined the University of Liverpool as a PhD student in 2009 and worked within the nuclear physics group on the European-wide AGATA project and subsequently became a postdoctoral research associate at the University. She has most recently  developed novel radiation detectors for medical physics applications. Additionally, Samantha has worked to improve the research community and environment at the University of Liverpool for early career researchers.

Samantha joined the QUASAR Group as Research Associate in March 2018 and took on the role as Project Manager for the European Training Network OMA in September this year. 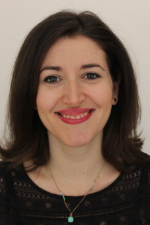