Dr. Ralph Fiorito was an internationally recognized expert in beam diagnostics and radiation sources. In 1993 he was the co-recipient of the international Faraday Cup Award for the invention and development of Optical Transition Radiation Beam Emittance Diagnostics; in 1995 he received the a Civilian Service Award for his work in charged particle beam technologies of interest to the Navy; and in 2003 he was elected Fellow of the American Physical Society (Division of Beams) for his contributions to the fundamental understanding and applications of transition, diffraction and parametric x-radiation from charged particles. In addition to collaborations with practically all of the US National Laboratories, including Los Alamos, Lawrence Berkeley, Livermore, SLAC, Argonne, Oakridge and Brookhaven. Dr. Fiorito has collaborated with researchers at several European Laboratories:  the Paul Scherrer Institute, the Cockcroft Institute, Sincrotrone Trieste, the Tomsk Polytechnic University and the Kharkov Institute. Dr. Fiorito is a Senior Research Faculty member of the University of Maryland (UMD), has served as a research advisor, graduate school lecturer at UMD and at the US Particle Accelerator School and has presented many invited talks and seminars at major accelerator conferences, laboratories and universities. He is the author or coauthor of over 100 journal and conference papers and holds four patents for beam diagnostics. His major research contributions include the development of optical transition, diffraction and synchrotron radiation beam diagnostics, fundamental investigations of parametric x-radiation generated from electron beams interacting with microperiodic materials and high dynamic range beam halo imaging. These contributions have impacted and continue to influence the development of sources and diagnostics based on these radiations at accelerator facilities all over the world.

Dr. Fiorito’s research was concentrated on the development of state of the art, minimally invasive and non-invasive optical diagnostic methods for intense, high power accelerators employing beam based radiation such as transition, diffraction and synchrotron radiation. Latest efforts addressed four key diagnostic challenges: 1) how does one extend and validate the dynamic range of current beam imaging methods to monitor and quantify beam halo, an potential source of beam loss and increased radiation levels that can disrupt beam transport and even damage accelerator components; 2) can one develop a simple, fast all optical method to map the transverse phase space of the beam that can be used to quantitatively determine how well the beam is being transported throughout the accelerator; 3) can one use near field optical diffraction radiation, a noninvasive imaging method, to measure the size and distribution of a high energy beam; 4) can one use the angular distribution of coherent diffraction radiation to measure the time duration of a single beam pulse to optimize and monitor bunch compression, a fundamental beam conditioning process - this new concept circumvents many of the problems associated with commonly used spectral measurements. 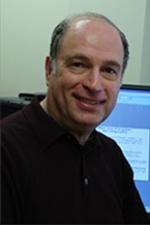