After careers in nuclear power and in software consultancy, Mark took an MSc in Radiometrics at the University of Liverpool in 2002. His first research project was to model detectors used in radionuclide standardisation. He then moved to Daresbury to develop an X-ray imaging technique based on refraction and scattering known as Diffraction-Enhanced Imaging, using the Synchrotron Radiation Source.
In 2007 Mark started work on a camera system for synchrotron-based X-ray micro-tomography for the University of Manchester, with an emphasis on limited field-of-view (region of interest) imaging. This project transferred to DIAMOND, and in 2009 Mark began his PhD at the Cockcroft Institute with the University of Liverpool, applying the beam diagnostic technique of phase-space tomography on the ALICE/EMMA accelerators. This method allows beam properties to be reconstructed from sequences of transverse profiles, and can be used to study the effects of space-charge on electron bunches.
Since joining QUASAR in 2015, Mark has been developing optical systems for the beam diagnostics of the European Spallation Source (ESS) under construction in Lund, Sweden, with first neutrons planned for 2020. High-quality imaging is required despite the severe constraints of the harsh environment on the optics, due to the high power of the incident proton beam. Mark is currently responsible for the mechanical and control equipment for the Tuning Dump beam imaging system, to be installed later in 2019. 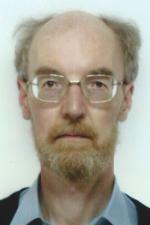