Magda is a project manager with a broad background in European projects. She has a master’s degree in European Studies from the Jagiellonian University in Krakow, Poland, which included scholarship at the University of Granada, Spain, and she also completed postgraduate studies on European Integration – European Funds.

She is interested in European policies, European Funds and international cooperation. Before joining the University of Liverpool she worked as European projects officer for regional government and regional development agency in Krakow, Poland. She implemented projects related to regional development, entrepreneurship, innovation and R&D promotion.  She was also responsible for providing support to entrepreneurs, organized calls for proposals, grants assessment and advisory support to SMEs. During her professional work Magda has gained experience in projects funded from various European sources and she has developed collaboration with many international, regional and local project partners and stakeholders.

Magda joined the Project T.E.A.M. in March 2015 as project manager for the LA3NET and later the OMA networks. 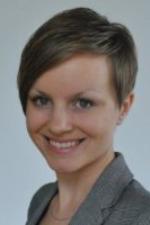