Eleftherios has a diploma from the school of Applied Sciences (mathematics and physics), with specialisation on “Nuclear and High Energy Physics”, and a master's degree in ”Physics and Technological Applications”, both at the National Technical University of Athens. For his Diploma thesis he worked on a prototype Micromegas detector, for the upgrade of the muon chambers of the ATLAS New Small Wheel at CERN. His work consisted of the study of the detector response in a neutron and low energy photon environment performing Monte Carlo simulations with FLUKA. For his master's thesis he performed advanced FLUKA simulations of another prototype Micromegas detector developed at CERN for the n_TOF collaboration. The work consisted of the study of the detector response to the 10Β(n,α)7Li reaction products and to fission fragments produced by 236Np(n,f).

In September 2012, Eleftherios was offered a fellow position in the FLUKA group at CERN. For 3 years he performed a substantial number of studies of different elements of the LHC accelerator. His work consisted mainly on the study of the proton losses in the LHC and their effect on the various sensitive equipment (i.e. energy deposition on the coils of the super conducting magnets, cumulative dose to various elements etc.). Furthermore, he performed the largest in scale simulation, at the time, for the collimation Quench Test case of 2013, evaluating the signal of more than 100 LHC Beam Loss Monitors spanning over hundreds of meters of the LHC accelerator and which where found in remarkable agreement with the experimental data strengthening the confidence in the reliability of the prediction power of the simulations.

In September 2015 Eleftherios joined University of Liverpool as a Doctoral student based at and subsidised by CERN, and became a member of the QUASAR Group. He is working in the area of beam collimation for energy frontier accelerators (i.e. LHC, HL-LHC, FCC) on the study of the limitations of the current LHC collimation system and further upgrade studies. The subject is envisaged to include detail analysis of relevant beam loss experiments at 6.5 TeV and the participation in collimator materials tests. 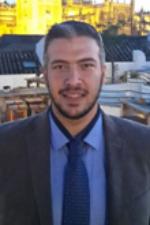