After the completion of his master’s degree, he continued his independent research activities mainly focusing on the improvement of thin-film deposition methods in his co-funded start-up, culminating in the proposition of two novel deposition techniques named “Grid-Assisted Co-Sputtering” and “Anode-Spot-Assisted Sputtering”. These efforts resulted in the publication of several papers in renowned journals.

Ali secured a place at the University of Liverpool/Cockcroft institute as a PhD student in LIVINNO and joined the QUASAR Group in autumn 2022. His research is aimed at identifying the optimum materials and developing the methods of the production of high-performance thin-film photocathode electron sources based on alkali metals for particle accelerators, which involves modification and advancement of the deposition equipment/processes as necessary. 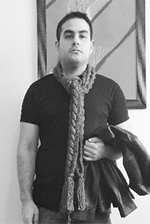