Aaron Farricker graduated from  the University of Manchester with Masters degree in physics in July 2012. For his Masters project he worked alongside the particle physics group attempting to constrain the parton distribution functions using measurements of the forward-backward charge asymmetry of the Z boson in the ATLAS detector. In September 2012 he joined the Accelerator Physics group at the University of Manchester to carry out his PhD studies. This work focused on the impact of higher-order mode excitation on the beam stability in the LINAC of the European Spallation Source (ESS). This included extensive beam dynamics and radio frequency (RF) simulation.

In June 2017 he joined the beams and RF section a in the RF group at CERN. In this role he was responsible for understanding the beam-coupling impedance in the Super Proton Synchrotron using RF modelling and RF measurements as well as measurements of the longitudinal behaviour of the beam. In addition to this he also performed extensive measurements and modelling  of the high frequency RF systems in the Proton Synchrotron which will be used to improve the active feedback moving into the High-Luminosity LHC era.

Aaron joined the QUASAR Group and University of Liverpool as a research associate in October 2020. He works on investigations into beam dynamics in RF including; studies of collective effects, longitudinal beam dynamics in both low and high energy storage rings. 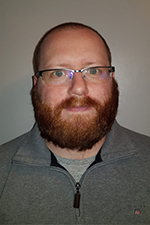