What is happening in garments in Bangladesh?

The Bangladeshi economy became capitalist and opened to global trade in the late 1970s. The production of garments has become a key economic activity – in 2011 the read-made garment (RMG) sector was the second largest globally, after China. In 2015 garments generated 81% of exports from Bangladesh and accounted for 14% of GDP (Islam et al, 2016).

Bangladesh attracts overseas investment and international buyers from across the globe. Well known UK buyers, such as Next, Marks and Spencer, Tesco, Sainsburys etc. all source garments from Bangladesh.

However, concerns about safety and working conditions increased after a series of fires and worker deaths. In April 2010 garment production in Bangladesh became an international focus of attention following the tragic Rana Plaza building collapse.

The Bangladeshi government has since worked hard with international agencies to increase worker safety. The Accord on Fire and Building Safety in Bangladesh is a legally binding agreement between global brands and retailers and trade unions designed to build a safe and healthy Bangladeshi RMG industry. Many factories are now subject to safety checks international firms require certification of safety.

While some improvements in work safety have been observed, there are still serious concerns about worker rights. International buyers, including the firms subject to the UK Modern Slavery Act 2015, should be paying attention to worker rights in the RMG sector. Our research aims to understanding what impact, if any, work to improve transparency in this supply chain is having on the experiences of the Bangladeshis working in this sector.

Fieldwork in Bangladesh began in July 2018. Mustafa Qadri, Syed Zainul Adebin (Eiffel) and Bishaw Bhabi (Dipa) conducted over 40 interviews with garments workers across Bangladesh. These interviews asked the workers about their past and current working experiences, aiming to capture an understanding of the lived experiences of workers. Our local team were able to gain insight into the challenges of working in the RMG sector and to identify issues with worker rights.

In early September 2019, Dr. Jennifer Johns (University of Bristol) and Leticia Ishibashi (FLEX), visited Dhaka to work with the project team. We were there to verify the data already collected, to review and approve the methodological processes used and to conduct worker and stakeholder interviews. 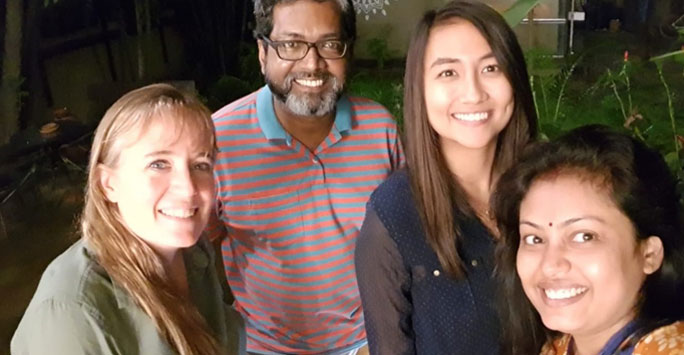 Stakeholder interviews were conducted with various agencies, including the ILO, Industrial Police, government ministers and trade unions (both local and international). We also interviewed factory owners and workers. 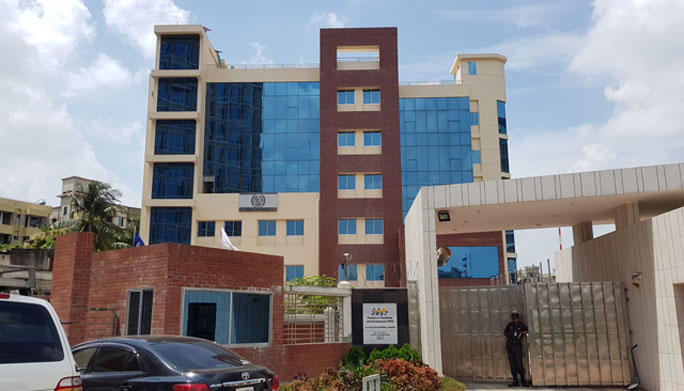 Dhaka is a challenging city to do research in, due in the main to the exceptionally heavy traffic and poor transportation infrastructure.  The week that we spent in Bangladesh provided us with invaluable local knowledge and insight into the Bangladeshi culture and economy.  Speaking to local stakeholders, and particularly local workers was a privilege and we felt renewed rigour to make meaningful contributions on ‘Modern Slavery’.