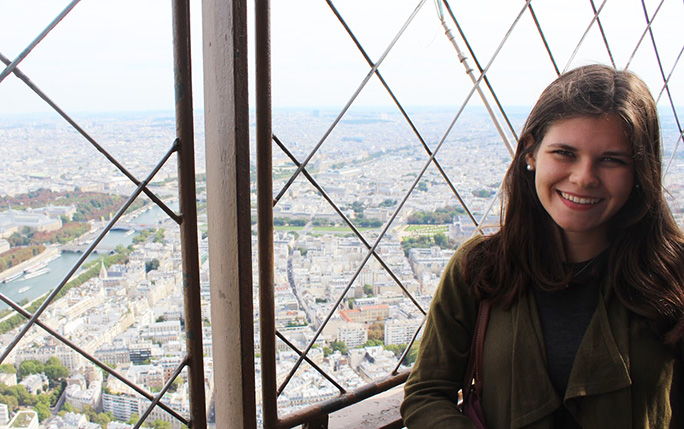 If you had asked me at the age of 16 “what I wanted to be when i grew up” I would have said a physician, without any hesitation. My older sister was already in medical school, my dad was a MD and my mom was a nurse; it was almost set in stone - I would become a physician as well. This was never imposed, but it was always expected.  I would also say that I preferred chemistry over physics, which wasn’t necessarily true, it’s just what my (girl)friends said as well. It was only after qualifying for the national level of the Physics Olympics and starting to study more advanced physics, that I discovered a genuine interest and overall fascination for its laws. This lead me to participate in an advanced physics school managed by the Universidade de Coimbra, which then gave me the tools to decide that I wanted to pursue a degree in physics.

In my second year of university, half way through the semester I realised I was the only girl in the laboratory room, and I remember thinking how strange that this was “normal”.  And the fact that 94% of my professors were male lead to an unsettling feeling of not belonging. I tried my best to “be one of the boys”: talk about football and laugh at sexist jokes, but it was never enough. In the end I realised I was surrounding myself with the wrong kind of people and found a more supportive group of friends.

In my second year of university, half way through the semester I realised I was the only girl in the laboratory room, and I remember thinking how strange that this was “normal”.

The year I started my undergrad there were 60 of us, out of the 60- 12 girls, 20% of the class was female. By year 3 these numbers dropped significantly, now we were 27 and there were 5 girls, still approximately 20%. When I finished (year 5) I was amongst the three females that defended their master thesis that year. All of us are now doing PhDs in particle physics.

In the end, we are still a long way from being equally represented and “the end of sexism”. However, there is a community trying to work in that direction.  I would like to say “it gets better” as the years go by, but in truth we just learn how to deal with certain types of people, and sometimes “dealing with” is really avoiding. What helped me the most was having great female professors and supervisors, who lead by example and ended up being true role models for me and for all of my colleagues, not just female. Hopefully, I will be able to do the same one day.