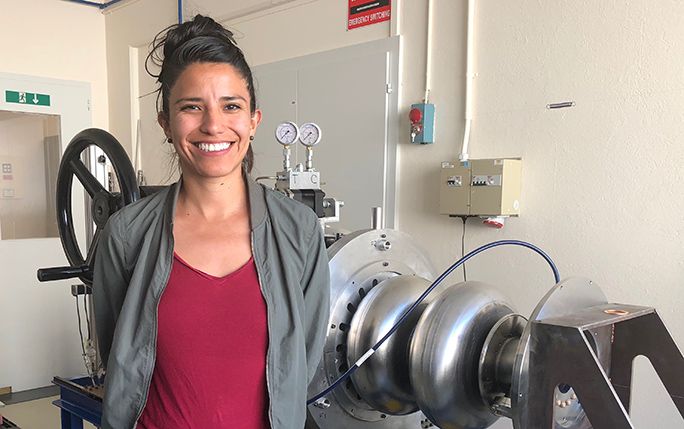 My story with science began back in high school. Physics and maths were my best subjects, so I decided to study physics at University, for that I had to move to the capital, Mexico City to one of the few universities offering that option. My decision seemed quite unusual to my peers, even among the ones that were specializing on those subjects. Most of them didn’t even know that you could study ‘just’ physics, and the ones who did, would never consider doing science as a career. For me it didn’t feel like an odd choice, my mother was an academic and so I guess my link to research was stronger than I realized. More than 15 years later, I’m still working in physics. My career has allowed me to work on amazing projects, taken me to the most unexpected places and meet exceptional people.

[T]he journey will be tough, but rewarding in the most unexpected ways.

What also strikes me the most is how different the experience I have lived was to the one I envisioned when I chose the subject. I have realized that doing science is often less about the kind of big individual breakthroughs you might see in a film, and more about making your small contribution, alongside thousands of similar researchers all striving together to further the advancement of human knowledge. I also learned that it takes much more than just having an analytical and abstract mind, that’s just the start; other skills that you learn on the way become increasingly important, not only for academia but also outside of it: working through your frustration, drawing conclusions from fact based information and, perhaps more importantly, communicating your work efficiently. I therefore think that it can only benefit society to have a more diverse young body of people undertaking such training, and not only those with the opportunities or people in their lives that make the balance tilt enough for them to make the ‘odd’ choice.

So, in celebration of the day of women and girls in science, I would like to finish with a few words I would say to my younger self: the journey will be tough, but rewarding in the most unexpected ways. So carry on, It will be worth it!