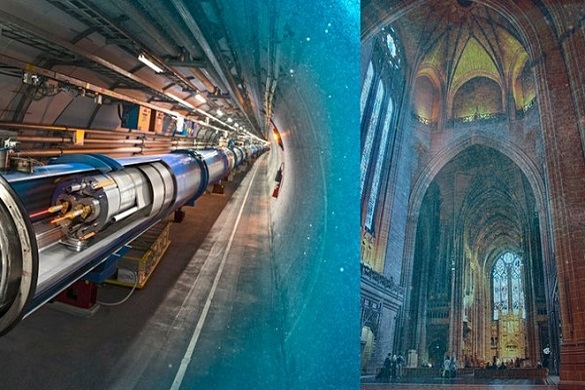 Particle physicists working at CERN and theologians will discuss the common ground between particle physics, philosophy, and religion at a panel event to be held at Liverpool Cathedral.

The discussion will be moderated by the acclaimed science writer, Dr Michael Brooks.

The event takes place during the week when hundreds of scientists will gather to discuss the next large collider project at CERN, the Future Circular Collider (FCC). The FCC study is an international scientific collaboration of more than 130 institutes, including the University of Liverpool, and led by CERN. It is developing design options for a potential higher performance particle collider to extend the research currently being conducted at the Large Hadron Collider, once it reaches the end of its lifespan.

It is a live in-person event at Liverpool Cathedral with Professor Elaine Howard Ecklund and Professor John Ellis connecting to the discussion via a remote video link.

21st Century Particle Physics: discussions on Science and Faith takes place on Tuesday, 8 February 2022, from 19:30 to 21:00 GMT at Liverpool Cathedral.

To register your place, please visit this Eventbrite page: physicsandfaith.eventbrite.co.uk