The SNO+ experiment makes use of the old SNO detector, which solved the solar neutrino problem, replacing the heavy water from SNO with liquid scintillator. The detector consists of 780 tons of liquid scintillator contained in a 6 m acrylic vessel observed by approximately 10000 photo-multiplier tubes mounted on an 18 m diameter geodesic support sphere. To shield the scintillator from external radioactivity the acrylic vessel is submerged in 7 kilotons of water. To protect the experiment from cosmic rays and to provide  the best low radioactivity lab environment on Earth the detector is situated 2 km underground in the Creighton mine near Sudbury, Ontario, Canada. To search for neutrinoless double beta decay the liquid scintillator will be loaded with 0.5% by mass of Tellurium. Tellurium is an ideal candidate for a search for neutrinoless double beta decay due to a high isotopic abundance of the double beta decay isotope and an observable decay energy that is ideal for SNO+. The initial water run completed in summer 2017, the  transition to liquid scintillator is ongoing and the measurement with Tellurium is expected to start in 2018. 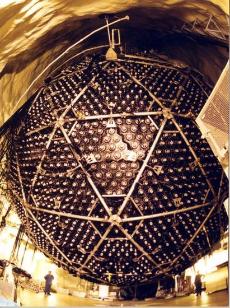 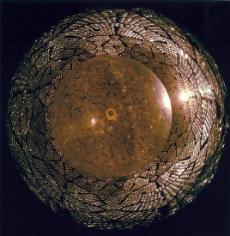 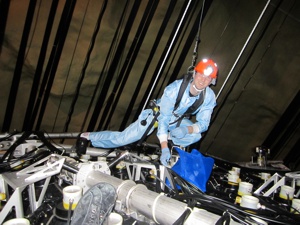