The aim of the PRaVDA project is to design and make an instrument that is capable of improving particle therapy, a type of treatment for cancer carried out using charged particles such as protons or carbon ions. Such a treatment has been shown to have advantages over standard x-ray radiotherapy because of the characteristic way in which charged particles lose their energy compared with x-rays. As a result of this, many new centres offering particle therapy are currently under construction including two in the UK.

The PRaVDA instrument will make use of detector technology based on extensive research carried out for experiments at the CERN laboratory in Geneva. This technology will be used to make silicon tracking detectors that are very radiation hard (resistant to radiation), very fast, (because of the large number of particles used) and very precise, delivering measurements of the path of protons as they pass through the patient. A second set of detectors for measuring the energy loss of the protons after they pass through the patient will make use of technology that benefits from huge advances in the microelectronics industry over the last ten years, in particular, the silicon CMOS detector technology used in mobile phone and digital cameras to capture images.

Combining these two sets of detectors allows information about the angular deflection and energy loss of each proton as it passes through the patient to be measured. This information can be used together with sophisticated medical imaging algorithms to generate a high resolution 3D image of the inside of a patient in a process known as proton computed tomography (pCT).

The PRaVDA instrument will operate in a similar way to CT scanners available in modern hospitals. These CT scanners use x-rays to create an image, however, by creating a CT scanner that uses protons instead, we reduce the uncertainty in treatment planning for particle therapy which means the healthy tissue and critical structures surrounding a tumour receives a lower dose and the tumour is targeted more efficiently. While particle therapy is carried out, the PRaVDA instrument will also be capable of proton counting and position measurement at very high particle rates and at the full range of energies used during treatment allowing monitoring of the beam profile and total dose administered to the patient.

To see a short video explaining the PRaVDA project made for the 2014 Royal Society Summer Exhibition please follow this link: 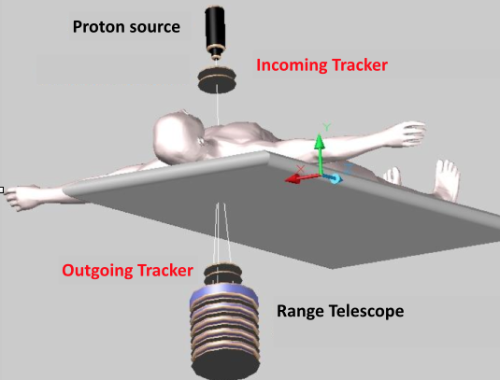 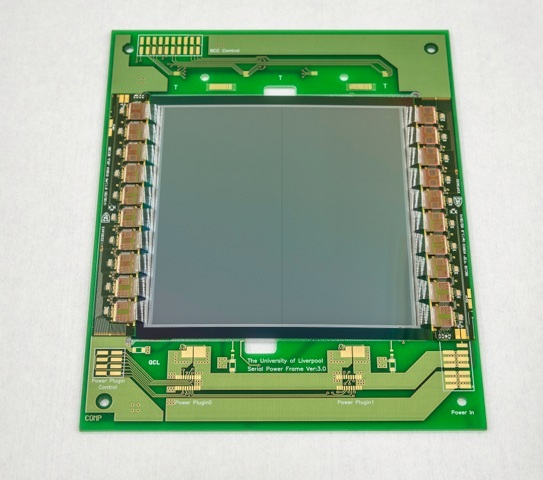 A PRaVDA silicon strip wafer made by Micron Semiconductor Ltd that will form one of the layers in the silicon tracker. The design of the detector and readout has been based upon research carried out for the ATLAS experiment at the high-luminosity LHC.