A neutrino observatory. Measurement of neutrinos from the atmosphere, the Sun, supernovae and from the JPARC neutrino beam. Proton decay searches

Neutrinos, the lightest and most elusive elementary particles, come in three flavours and can oscillate between those as they travel. Neutrino oscillations demonstrate that neutrinos have non-zero mass, which is neither a prediction of, nor a trivial addition to, the Standard Model of particle physics. Takaaki Kajita won the 2015 Nobel prize in physics for the observation of neutrino oscillations in atmospheric neutrinos with Super Kamiokande.

Hyper Kamiokande is the next generation of water Cherenkov detector consisting of a 260 ktons of water observed by 40000 high efficiency photomultiplier tubes providing twice the light sensitivity of Super Kamiokande. The experiment has a wide physics with excellent sensitivity to neutrino CP violation through the measurement of the high-power neutrino beam from JPARC, the neutrino mass ordering through the measurement of atmospheric neutrinos and unprecedented sensitivity to proton decay which is predicted by many grand unified theories. In addition, the detector is highly sensitive to galactic supernovae and can even see a supernova from Andromeda and well as detecting the background of neutrinos from supernovae across the universe, the DSNB.

Physicists and engineers from Liverpool lead the international design of the calibration system and are developing in house light injection systems for the detector. 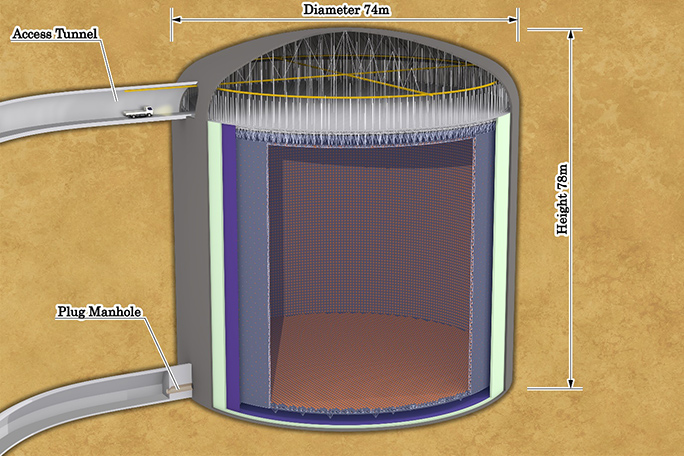