g-2: Measuring the anomalous magnetic moment of the muon

The muon g-2 experiment at Fermilab aims to measure the anomalous magnetic moment of the muon to unprecedented accuracy. Indeed on April 7th 2021 Fermilab announced a new result, with key contributions from both the theory and experimental teams at Liverpool University. Dirac famously predicted that, for electrons and muons, the factor relating the magnetic moment to spin would have a value of 2. This is very close to the measured value but as experiments were refined it became clear that g differed from 2 by a significant amount and was referred to as 'anomalous'. With the development of Quantum Field Theory, the reasons for the anomaly were understood and increasingly precise calculations and measurements have lead to a triumph of particle physics: The agreement between the measured value of the anomalous magnetic moment of the electron and the theoretical prediction (which involves the full panoply of the Standard Model) is good at the parts per trillion level.

For the muon it is different: the new measured and predicted values differ with a significance of about 4.2σ. The most recent experimental value comes from combining the April 7th result from Fermilab to the measurement fromthe  E821 experiment, which measured g by looking at the decay of muons stored in a ring at Brookhaven National Laboratory. Even though 4.2σ is not regarded as enough to confirm a real discrepancy, theBNL  paper announcing the first measurement has since become the second most cited paper in the history of particle physics, and the resent Fermilab result featured on the BBC news in the UK, and was front page news in the US. Why? Deviations from the Standard Model prediction are a strong indicator of new physics. Any new particles should contibute to the anomaly. Furthermore they will do this in proportion to (ml/mnew)2. That means that the muon anomalous magnetic moment is much more senstitive to new particles than that of the electron: the observed parts per trillion agreement in the electron case is not at all inconsistent with the muon discrepancy.

The E-989 muon g-2 experiment at Fermilab intends to measure the anomalous magnetic moment of the muon to 0.14 ppm, a fourfold improvement over the previous Brookhaven E821 experiment. The experiment will use the Fermilab beam complex to prepare a custom muon beam that will be injected into the relocated Brookhaven muon storage ring. The goal is a factor of 20 increase in statistics and a significant reduction in systematic uncertainties compared to the BNL experiment. 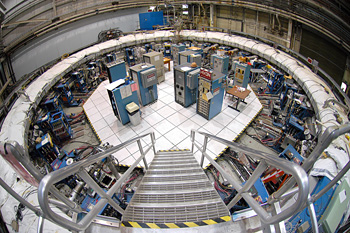 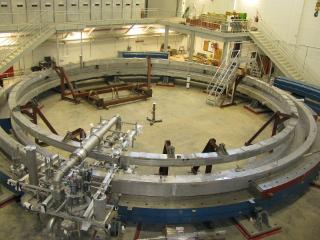