Searching for New Physics at the energy frontier

The ATLAS experiment is based at CERN, Geneva. It is one of the two major general-purpose detectors in the Large Hadron Collider, which collides two proton beams at the highest energy collisions ever to be created in a laboratory. The collider has opened a window on to previously inaccessible physics at very high energies.

The Liverpool ATLAS group played an important role in the discovery of the Higgs Boson and is continuing to study its properties. We are searching for evidence of supersymmetry, a theory which predicts the existence of a whole "zoo" of exotic particles which partner those known today. We are looking for more Higgs-like particles and studying Standard Model processes which help us refine and calibrate both the theory and detector.

Liverpool is responsible for part of the silicon tracking system, one of the SCT endcaps, which was designed and constructed at Liverpool. We also have a leading role in research and development for the upgrade of the ATLAS silicon tracking system in the preparation for the next phase of the LHC. The upgraded LHC will provide much higher luminosity and is expected to start 2026.

In 2015 the LHC restarted, following a 2 years shutdown, at 1.6 times higher energy than was reached in its first period of operation (2009-2013). This and an associated increase of the luminosity permit searches for new physics to be extended into yet unexplored regions and crucial measurements of the Higgs and other phenomena to be also performed. The ATLAS Collaboration has grown to a size of nearly 5000 members, with 3000 scientists signing its hundreds of publications. It so perhaps is the largest physics experiment worldwide, with a current projection of operating for another 20 years. This opens huge opportunity for new physics, seminal discoveries and long term carreer planning for next generations to join.

Image: A beam's eye view of modules in the SCT 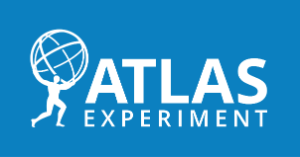