New study examines the effect of ecstasy on the brain Researchers from the University of Liverpool have conducted a study examining the effect ecstasy has on different parts of the brain.

Dr Carl Roberts and Dr Andrew Jones, from the University’s Institute of Psychology, Health and Society, and Dr Cathy Montgomery from Liverpool John Moores University conducted an analysis of seven independent studies that used molecular imaging to examine the neuropsychological effect of ecstasy on people that use the drug regularly.

A number of studies have compared ecstasy users to control groups on various measures of neuropsychological function in order to determine whether ecstasy use results in lasting cognitive deficits.

It is common, however, for ecstasy users to use other drugs alongside the substance, and therefore the Liverpool team aimed to discover whether this had any bearing on the impact of the drug.

The nerve pathway that is predominantly affected by ecstasy is called the serotonin pathway. Serotonin is a neurotransmitter that is synthesized, stored, and released by specific neurons in this pathway. It is involved in the regulation of several processes within the brain, including mood, emotions, aggression, sleep, appetite, anxiety, memory, and perceptions.

They found that ecstasy users showed significant reductions in the way serotonin is transported in the brain.  This can have a particular impact on regulating appropriate emotional reactions to situations.

The paper, entitled ‘Meta-analysis of molecular imaging of serotonin transporters in ecstasy / polydrug users’, has been published in the journal of NeuroScience and Biobehavioral Reviews.

Dr Roberts, said: “The research team conducted the analysis on seven papers that fitted our inclusion criteria which provided us with data from 157 ecstasy users and 148 controls. 11 out of the 14 brain regions included in analysis showed serotonin transporter (SERT) reductions in ecstasy users compared to those who took other drugs.

“We conclude that, in line with animal data, the nerve fibres, or axons, furthest away from where serotonin neurons are produced (in the raphe nuclei) are most susceptible to the effects of MDMA. That is to say that these areas show the greatest changes following MDMA use.

“The clinical significance of these findings is speculative, however it is conceivable that the observed effects on serotonin neurons contribute to mood changes associated with ecstasy/MDMA use, as well as other psychobiological changes. Furthermore the observed effects on the serotonin system inferred from the current analysis, may underpin the cognitive deficits observed in ecstasy users.

“The study provides us with a platform for further research into the effect long term chronic ecstasy use can have on brain function.” 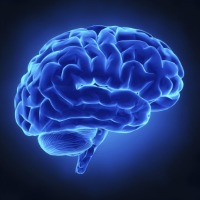