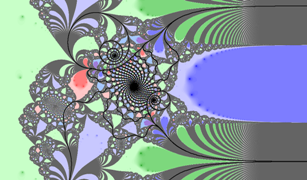 At the University of Liverpool, there is a large and active research group in dynamical systems:

Toby Hall works in Topological Dynamics, with particular interest in surface homeomorphisms. Recently he has been working with Andre de Carvalho on pruning theory - which describes the controlled destruction of the dynamics of surface homeomorphisms - and its relation to horseshoe creation and the Henon family.

Radhakrishnan (Kit) Nair works on ergodic theorems and their intimate relation to aritmetic questions. Ergodic theorems are foundational to ergodic theory (also called measurable dynamics). Their ambit also covers a number of topics perhaps not self evidently related to ergodic theory. A number of famous theorems in mathematics are in fact ergodic theorems. We mention a few. Dirichlet's theorem on primes in arithmetic progressions, Fejer's theorem on the summability of Fourier series, Lebesgue's differentiation theorem, the law of large numbers -- both weak and strong, Jarnik's theorem on the set of badly approximable numbers, Borel's theorem on normal numbers, Szemeredi's theorem on arithmetic progressions in sets of integers of positive density and so on. This is only a small sample of the interactions of the subject with other branches of mathematics, but even this list hints at its broad impact and also the recurrence of arithmetic topics throughout its development. The particular lines of enquiry that have most interested Dr. Nair include the following:

Papers related to these sections are indicated on Dr Nair's homepage by an appropriate letter, though these classifications are only a rough guide.

Lasse Rempe-Gillen works in Complex Dynamics. He is particularly interested in the dynamics of transcendental functions of one complex variable, e.g. transcendental entire functions such as the exponential map, or transcendental meromorphic functions such as the tangent map. His doctoral thesis, under the supervision of Walter Bergweiler in Kiel, obtained a number of new results on the family of exponential maps. In particular, he was able to answer questions posed by Herman, Baker and Rippon and by Devaney, Goldberg and Hubbard in the 1980s.

Since then, his main interest has been to understand the dynamics of larger classes of entire functions, particularly with a view towards their topology. Joint work with Rottenfußer, Rückert and Schleicher answered long-standing open questions by Fatou and Eremenko, and there has been significant progress in studying the dynamics of the large Eremenko-Lyubich class of transcendental entire functions with a bounded set of singular values.

Current projects include a question of Eremenko regarding unboundedness of escaping components, the study of measurable dynamics of transcendental functions following ideas of Urbanski, Zdunik and others, and (jointly with Sebastian van Strien) density of hyperbolicity in parameter spaces of real transcendental entire functions.