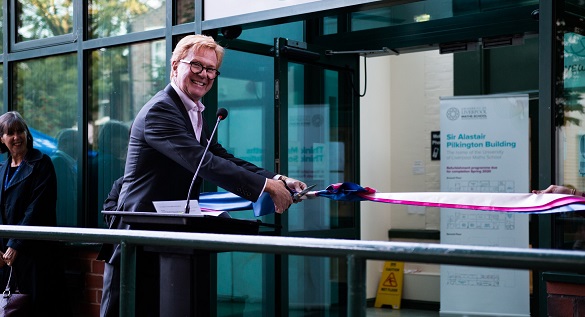 The University of Liverpool’s specialist Mathematics School has been officially opened by the Liverpool tech entrepreneur, Dr Steve Garnett.

In operation since September 2020, the School currently has 64 students studying an intensive STEM focused curriculum based on, but not limited to, A-Levels in Mathematics, Further Mathematics, Physics and Computer Science specifically devised to give them a deep and flexible understanding of mathematical sciences.

The School aims to be a centre of excellence in raising attainment in the Liverpool City Region, supporting and influencing the teaching of mathematics in the surrounding area.

It provides a significant outreach programme with several online classes in mathematics, physics and computer science running every weekday evening. To date, it has inspired, supported and challenged around a thousand students in the region and beyond, and has plans to go much further.

Dr Garnett is a successful tech entrepreneur, originally from Fazakerley, whose own love of maths helped him build his successful career in the technology sector.

He said: “I am delighted to be invited to officially open the University of Liverpool’s Mathematics School this evening. When I look at where the next generation of wealth opportunities will come from you have machine learning, AI, IoT, CRISPR (gene editing), robotics and many more - all these subjects have mathematics intimately woven through their fabric so there is a huge need for many more mathematicians, physicists and computer scientists.

"The students coming out of new Mathematics School will be super equipped to become tomorrow’s industrial and academic researchers, innovators, teachers and wealth creators and I am honoured and delighted to play a part in this School under the leadership of Damian Haigh and the sponsorship of the University.”

Head teacher Damian Haigh said: “It’s wonderful to be able to celebrate the opening of the school at last, even though we actually opened last September.  We have had so much support from so many people at the University of Liverpool, the Department for Education, Liverpool City Council and many other people and agencies from all over the country.

"Maths schools offer something unique and new which is much needed by the sort of students that make up our student body.  We are delighted to have highly motivated students from a great range of backgrounds and a skilful and committed staff team to work with them.

"Together they have created a school that we all look forward to attending every day.  I’m particularly grateful to the generous sponsors who provide additional financial support for the school, so we’re delighted that Dr Steve Garnett has been able to join us today to formally open the school and to meet our students again.  Thanks to his generous support we have been able to ensure that every student in school is equipped with a new iPad and Pencil, something they will be using every day at school to help them to achieve their full potential over the next two years.”

University of Liverpool Vice-Chancellor, Professor Dame Janet Beer, said: “It is a pleasure to be here at the official opening of the University of Liverpool Mathematics School. It is providing a world-leading maths education to young people from all backgrounds who have a passion for mathematics. Maths is one of the most highly sought after skills areas for employers and the Government is determined, through its Industrial Strategy, to raise the number of people studying it at A-Level.” 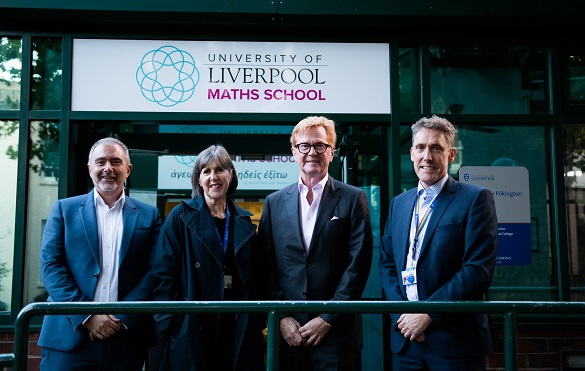