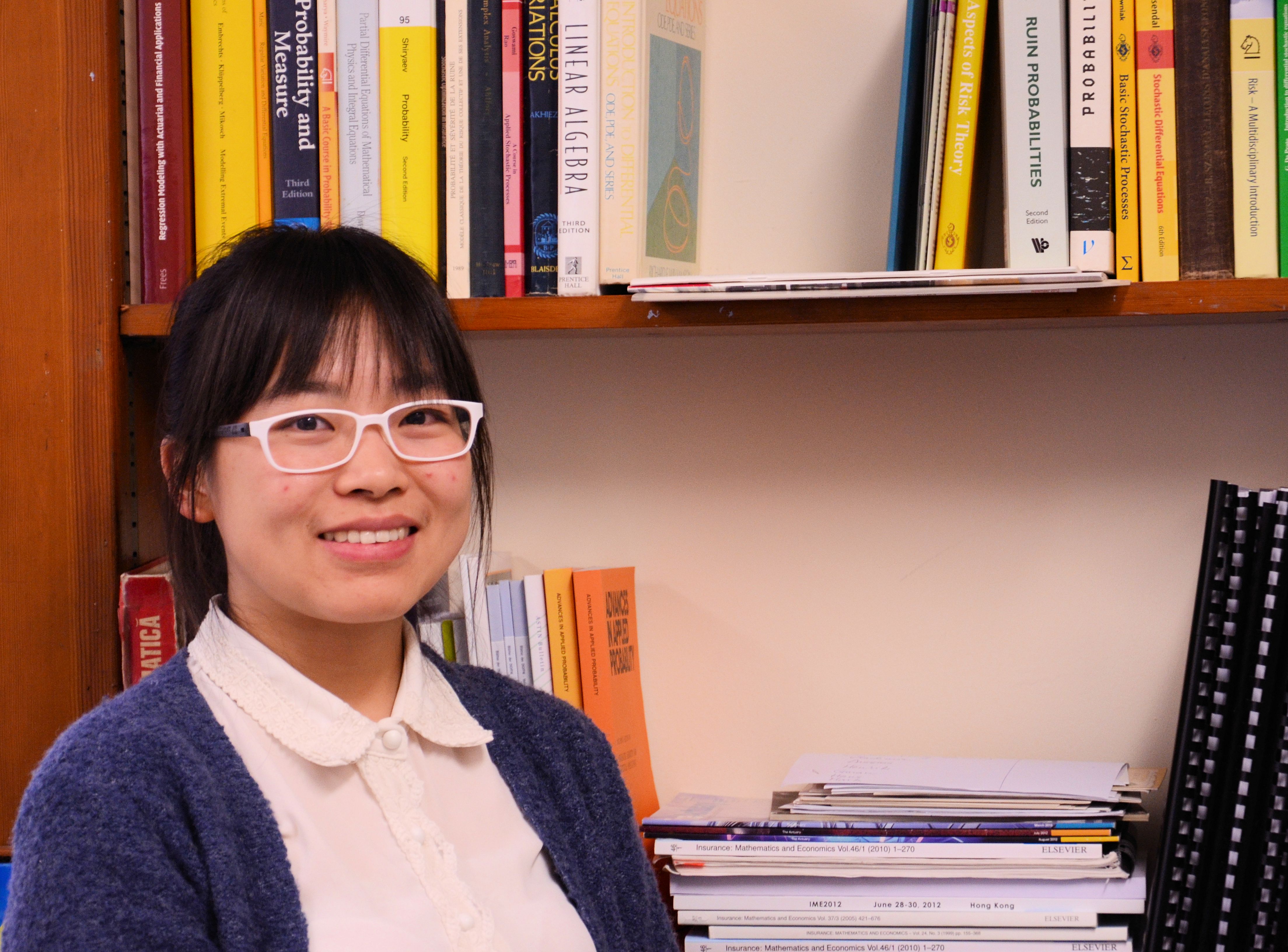 Weihong Ni is a PhD candidate in the Institute for Financial and Actuarial Mathematics (IFAM)  in the University's Department of Mathematical Sciences:

"I came to Liverpool more than 6 years ago as an undergraduate continuing my study towards the degree of Mathematics with Finance under a “2+2” joint programme with my university in China - Xi’an Jiaotong Liverpool University (XJTLU).

The transition from XJTLU to Liverpool did not turn out to be as “scary” as it sounded to us. The fact that I came with a large group did not make me feel lonely when I first arrived. We helped each other exploring the new environment and coping with new styles of lectures as well as the unfamiliar accent. With a helpful and friendly teaching system, I actually felt under less pressure studying here and somehow I found the exams in Liverpool were less challenging than the ones in XJTLU.

During my final year of undergraduate study, I chose to work on a mathematical project where I got a chance to research on mathematical and actuarial modelling especially in the field of automobile insurance, which opened the gate of research for me.

I then stayed on as a PhD student within the Institute for Financial and Actuarial Mathematics (IFAM) and continued working with Bonus-Malus (BM) systems for car insurance. Under the supervision of Dr. Corina Constantinescu, my project is dedicated to searching for optimal pricing strategies as well as assessing risks for BM systems in insurance portfolios. We have three papers published so far and one of them received the “best paper award” from the Institute and Faculty of Actuaries in 2013.

In Latin, “Bonus” means good and “Malus” means bad. In this sense, a BM system is a merit rating system where “good” drivers are rewarded while “bad” ones would be penalised, with the purpose of providing a fair share of risks. The rewards and penalties are reflected on the premiums policyholders pay to the insurance company. That is to say, such systems allow the prices of an insurance policy to be determined by an individual policyholder’s claim behaviours where stochasticity is brought in and mathematics comes into play. Hence, to propose an appropriate pricing model for BM systems is one objective of my research.

On the other hand, in order to control the risks, the law requires insurance companies to maintain a very low chance of running out of operating capital. We also refer to this kind of capital as risk reserve/surplus that is accumulated by collecting premiums from customers and deducted by claims paid. Insurers are concerned when they do not have enough money to cover claims, i.e., when the risk surplus becomes negative.

BM systems have been around in major European countries for many years. However, most of the BM systems being used nowadays consider the number of claims of an individual to be the main factor that affects the premiums.

This would probably violate the original purpose of creating such systems, because someone with a large claim would be penalised in the same way as one with a small claim. Therefore, the total claim amount, meaning adding up each claim cost over the time period under consideration, was seen as a main influence on the premium to be paid in the following period.

One of the impacts of this research would be to allow for more fairness between male and female drivers. In 2012, European commission removed the gender discrimination in car insurance, before which men pay higher premiums than women because it was generally believed that women are safer drivers. However, this new rule has still been argued and people have been trying to find other proxies to replace the role that gender used to be.

We found that statistics show lower per-claim costs from women even though their claim frequency is not lower than men. Therefore, using the total claim amount rather than purely claim frequency would be one suitable alternative in this situation, which is what we have done in our work.

Another concern of an insurer is the risks associated with a BM system. Ruin probability is a common tool to measure these risks and is regulated to be lower than 0.5% according to Solvency II - an EU Directive that regulates the EU insurance industries.

Most of the literature studied the risk surplus process as described above where it is assumed that premiums are gathered at a constant rate and could obtain an explicit function for the probability of ruin for special circumstances.

However, due to the feature of BM systems, premiums in a BM system are collected at varying rates and are dependent on past claim histories. This would probably require a new approach of modelling and lead to a different result from a classical one. As an initial step, we started by only accounting for the claim frequency as the main influence on the premiums.

Through collaboration with an industry partner, we also attempted on a discrete time model and deduced the ruin probability for a specially designed BM system.

Results and what next

Regarding pricing BM systems, our work proposed a model that could calculate premiums for any individual based on their claim histories - both the number and the severity of claims. By allowing statistics to speak themselves, this would in some way alleviate the argument on the issue of gender inequality in automobile insurance.

With the purpose to build more realistic models, one possible future extension is to incorporate deductibles when calculating premiums. On the other hand, because of the special feature of a BM system, it could happen that one would hide his/her claims in order to gain discounts, which is called the bonus hunger problem.

In this way, a BM system actually automatically sets deductibles and they might be very different for each individual. An intriguing question to ask is how different the pricing strategy would be if the hunger for bonus issue were taken into account.

From the other perspective, as far as we are concerned, the risk associated with a BM system when only the claim frequency is accounted as the main factor is smaller than that with an insurer without a BM system. A natural next step would be to consider the effect of claim severities on premiums when measuring the risks. One would also be interested to use other tools as the measure for risks associated with BM systems, value at risk, for instance.

Even though I have finished my PhD, my journey of research never ends. There are always mysteries that I am curious about and eager to figure out.

Insurance is not all about making money. Managing risks plays an important role here. Our work is not all about insurance. In fact, some methods could be transferred to solving other practical problems like controlling pollution in manufacturing industries. All that matters is my passion for mathematical modelling and employing it to solve real world problems.

During my 4 years’ of PhD, I have been to numerous conferences both locally and internationally (Denmark, Austria, Switzerland, France). Besides, I have also paid research visits to China, Japan and Australia where I met professionals from various backgrounds and at the same time had the chance to experience different cultures. Communicating with different people has inspired me to come up with new ideas and offered me opportunities to cooperate with them.

Teaching also plays an important part of my PhD. I have been a teaching assistant (TA) and was appointed a coordinator in some modules who was responsible for allocating duties for TAs in the group as well as organising weekly meetings. Beyond that, I enjoyed mentoring a master student in my final year." 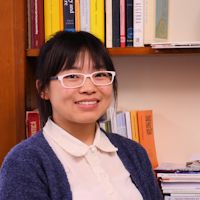