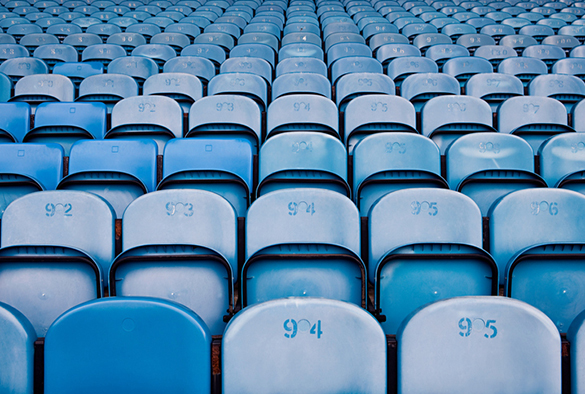 The UK Government’s decision to stop fans attending football matches is “more politics than evidence-based” and will “ultimately break” the sport’s ecosystem if not reversed, according to a report by the University of Liverpool’s Centre for Sports Business.

In the paper, Covid-19: the return of football fans, Dr Dan Parnell, a Senior Lecturer in Sports Business, slams the Government for its inconsistent approach to audience attendance and says those decisions are based on “class politics” rather than scientific evidence.

Pointing to the return of audiences at “prime concert halls and opera houses in London…even though they are indoor” he asks why football fans remain excluded, despite several successful socially distanced pilots in the UK and abroad; stadiums being outdoor venues; the huge impact on lower league clubs and the communities that surround them; the easily traceable nature of attending football spectators; and their role as “co-creators” of the sport’s huge public appeal.

Dr Dan Parnell said: “There is a Darwinian feel around football, if this impasse is not reversed, with the stronger clubs getting stronger and the weaker clubs perishing along the way.

“The economic reality is that, without change, the economically powerful will look to make a power grab, increase market share and develop new markets for all their subsidiary of products, academies, fans, players and more.

“Yet the collapse of clubs would have a major impact upon the economic life of the many towns and small cities they serve, and have a devastating social cost that is yet to fully recognised.

“Football clubs are deeply entwined in their communities, they have a major impact on health, wellbeing, social capital, happiness and the identity of inhabitants.”

The lack of spectators doesn’t just reduce gate receipts, but devalues sponsorship revenue; with many smaller teams reliant on local partners who cease to gain exposure with no fans, and limited television coverage.

Dr Parnell also challenges the “common misconception” that “football is awash” with money, pointing out that Premier League clubs returned a collective operating loss of £395 million in 2018-19, while in six of the last seven years wages have exceeded income across the Championship.

To survive, Dr Parnell says clubs must first “think more creatively” to increase income by “using technology and the digital world to extend their product beyond the game” and then “make much tougher financial decisions” to ensure they remain viable.

But, crucially, he says the pandemic has revealed the vital role spectators play in the football ecosystem, and that they should be treated as “co-creators” rather than a “taken-for-granted component.”

Dr Parnell added: “Football is more than just a business, clubs’ place in our communities and society is difficult to calculate, yet at present, if the UK Government does not change its policy and allow spectators to return, they threaten the sustainability of our entire football infrastructure.”

Covid-19: the return of football fans was co-authored by the University of Liverpool’s David Cockayne and Kieran Maguire and Alexander John Bond at Leeds Beckett University; Jan Andre Lee Ludvigsen at Liverpool John Moores University; Daniel Plumley and Rob Wilson at Sheffield Hallam University, and Paul Widdop at Manchester Metropolitan University. It is published in the journal Managing Sport and Leisure. To read the full report, please visit https://doi.org/10.1080/23750472.2020.1841449