Although they try to synchronise their lives,
time still keeps slipping past; each dinner date
will find him running ‘fashionably’ late,
and she’ll be long since gone when he arrives.

Too late, too slow. She guessed they couldn’t last,
but reconciles the hours they never spent
by quoting Einstein’s thought-experiment
to prove that living long means living fast.

So now he imagines their final night
heavy with heat and a lost romance,
where she, once more, has vanished without trace:

she, blazing away on her beam of light
untroubled, except for a backward glance
to track the wrinkles ploughing through his face.

"Eurydice" began with the ambition to write a sonnet incorporating one of Einstein’s thought-experiments. Einstein reported that he had come up with his theory of special relativity after imagining himself riding a beam of light away from a clockface. If he turned around to look at the clock, what would its hands be doing?

When he needed to, Einstein could think like a poet. "Eurdyice" may appear in a volume which contains references to black holes, the space race, atomic clocks, and older (Galilean) relativity, but it can scarcely be said to reciprocate. This is, in some ways, a very literary sonnet with its title’s ostentatious flagging of the Orpheus myth (albeit this time the male poet is the one left behind); and its final line reworks a devastating image from Hardy’s "During Wind and Rain" — ‘Down their carved names the raindrop ploughs’.

But Einstein gives the poem its energy. His observation that time apparently moves more slowly for the rider of the beam than for those left behind becomes a defence of risk taking, and the poem’s conclusion replaces the clockface with the human face’s more poignant evidence of passing time. "Eurydice" mourns the death not just of a relationship but of the fast-living ex-lover; and the ascent into the skies therefore carries religious consolations. Yet the elegiac triumph comes from the force of the scientific image. Who would not rather ride that beam of light than be left behind as the static and time-ravaged observer, whatever the cost?

"Eurydice", from Strange Land by Tim Kendall, copyright © 2005. Used by permission of the author and Carcanet Press.

Tim Kendall is author of Strange Land (Carcanet, 2005) and was founding editor of the poetry magazine Thumbscrew. His critical works include studies of Paul Muldoon, Sylvia Plath and English War Poetry. He is Professor of English Literature at the University of Exeter. 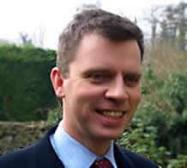 Who would not rather ride that beam of light than be left behind as the static and time-ravaged observer, whatever the cost?