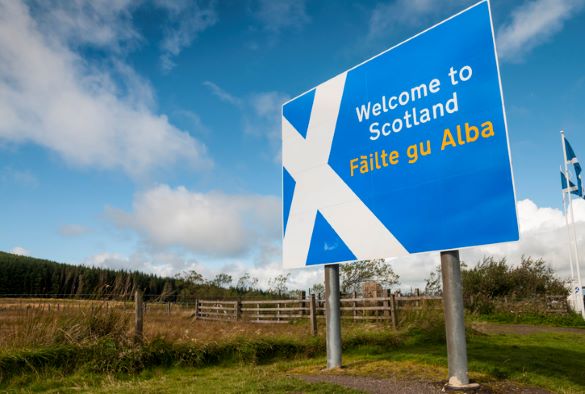 This article, written by Michael Gordon, Professor of Constitutional Law at our Law School, was originally published in The Conversation:

The UK supreme court has ruled that the Scottish parliament does not have the power to unilaterally call a second referendum on Scottish independence. The judgment comes in response to a request from the lord advocate (the senior law officer of the Scottish government) for a decision on whether a second vote could go ahead, following the first referendum in 2014.

The Scottish government and Scottish parliament get their powers from the 1998 Scotland Act. In deciding the two main legal questions raised in this case, the UK supreme court was required to determine whether the powers extended to the Scottish parliament under this act included a power to legislate to hold a vote of this kind. It was not considering any wider questions relating to holding a potential independence referendum.

In particular, the supreme court had to decide whether legislating for such a referendum would be within the legal competence of the Scottish parliament, or whether this was a topic “reserved” for the UK parliament in Westminster.

The court was ruling on two main issues. First, whether the Scottish government had used the proper process when it referred this legal question to the supreme court. The court decided that it had. It was “consistent with the rule of law” for the lord advocate to “be able to obtain an authoritative judicial decision on the point”.

The court then moved on to the second, more substantive question: whether the Scottish parliament has the legal power to enact legislation to hold a referendum on independence.

Crucially, the supreme court held that legislation providing for a referendum on Scottish independence would relate to two matters which are reserved to the UK parliament under the Scotland Act. These are “the Union of the Kingdoms of England and Scotland” and “the Parliament of the United Kingdom”. Because the matter “relates to” these two issues, the Scottish parliament does not have the legal power (or “competence”) to enact legislation on this topic.

The court reasoned that these constraints in the Scotland Act mean that “measures which question the integrity of the United Kingdom” will be reserved to the UK institutions.

Scotland’s proposed legislation authorising a referendum on independence (which could trigger the end of the union and terminate the UK parliament’s sovereignty over Scotland) “has more than a loose or consequential connection with the union” and with “the sovereignty of (the UK) Parliament”. It would therefore fall within powers legally reserved to the UK parliament, not the Scottish parliament.

To reach this conclusion, the supreme court emphasised that it was required to consider a referendum’s “effect in all the circumstances”. This extended “beyond purely legal effects”.

The argument that a second referendum would only be advisory was not, therefore, persuasive to the supreme court. Even if such a vote didn’t produce a legally binding result, it would still amount to an “important political event” with “important political consequences”.

The outcome would still “possess the authority, in a constitution and political culture founded on democracy, of a democratic expression of the view of the Scottish electorate”. The result of a referendum of this kind would have “legitimacy” due to “its official and formal character”. It would therefore be much more than a purely abstract or consultative exercise and could not be legally allowed on this basis.

The judgment of the supreme court was unanimous, with five judges led by the president, Lord Reed, in agreement that a second independence referendum cannot be authorised by the Scottish parliament alone.

The case has been decided quickly, with the judgment handed down six weeks after the end of oral arguments. The supreme court justices confirmed explicitly that they had “no doubt as to the answer” to these significant legal questions.

Lord Carloway, the lord president of the court of session of Scotland, said in 2021 that it “may not be too difficult” for the courts to “arrive at a conclusion” to these questions concerning the scope of the Scotland Act 1998. And he appears to have been right.

The UK Supreme Court’s decision provides absolute legal clarity that a second independence referendum cannot be held by the Scottish parliament acting alone. Just like in 2014, the agreement of the UK government and UK parliament would be required to hold a referendum.

The decision, however, also exposes a clash between the UK’s constitutional law and the democratic mandate obtained by the Scottish National Party to hold a further vote on Scottish independence. That clash is not of the supreme court’s making, but is a central feature of the UK’s statutory devolution arrangements. Now that that the legal options are clear, how that clash is managed will be a major challenge for the legitimacy of the UK’s constitutional order.