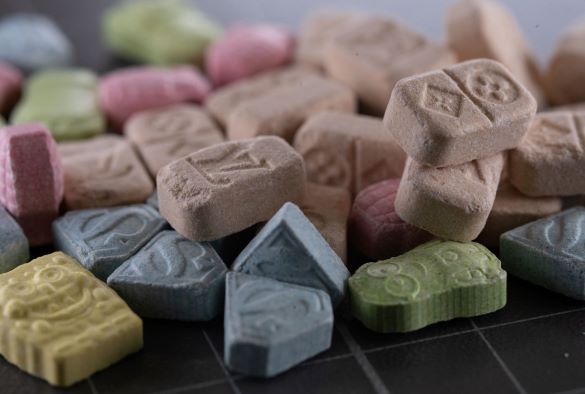 New research has found that drug checking services at festivals reduce the possibility of drug-related harm, provide opportunities for targeted health interventions amongst higher risk drug users and, on balance, do not result in increased quantities of drugs being consumed.

Research published in a special issue of the journal Drugs, Habits and Social Policy focused on drug checking, analysed the provision of drug checking services available to hundreds of thousands of festival-goers over three years (2016-2018).

The study was the first of its kind that assessed both the positive and negative impact of providing drug checking across a three-year period.

Festival-goers voluntarily submitted substances for testing to The Loop – a non-profit, harm-reduction organisation led by the University of Liverpool’s Professor Fiona Measham – at English festival sites.

Rapid chemical tests of the substances were conducted in mobile laboratories on site, and health advice was given to festival-goers along with test results in a confidential and non-judgemental setting.

Of the festival-goers who used The Loop’s testing service in 2018, offered at seven festivals with a combined attendance of more than 250,000, almost two thirds of people (61.7%) disposed of substances of concern when they were identified as other than expected.

When substances matched expectations, almost half of festival-goers (48.7%) intended to reduce how much they consumed, placing them at less risk of drug-related harm.

No drug-related deaths occurred at the seven festivals and there was no evidence of an increase in either drug use or drug-related problems as a result of the increased availability of drug testing in 2018, consistent with previous years.

The study found that those who engaged with drug checking at festivals were more likely to be younger, male, and polydrug users, who had never accessed health services about their alcohol or other drug use.

Furthermore, the three-year research project found no evidence that drug checking provision increased drug-taking at festivals, with only 1.2% of respondents whose tested drug was identified as what they expected saying they intended to increase their dosage as a result of checking. In contrast, 48.7% said they would reduce their dosage, of those whose tested substance was as expected.

University of Liverpool Chair in Criminology, Professor Fiona Measham, who led the research, said: “We know that English festivals are leisure settings with higher levels of drug use, polydrug use and therefore a higher overdose risk than in everyday life. By placing drug checking services at the heart of festivals where people are buying drugs, taking drugs and experiencing their ill effects, we can also make festivals sites of overdose prevention.

“Drug checking provides a vital opportunity for people to access accurate, timely, and relevant information to make more informed decisions about drugs and the long queues outside The Loop’s services are testament to their popularity. Such services can also provide evidence-based alerts that warn drug using communities and stakeholders about specific drugs of concern and provide information on trends in drug markets, potentially reducing medical incidents related to adulterated, contaminated or variable strength drugs.”

Co-author Henry Simmons noted that: “Through thousands of face-to-face consultations, the work documented in this research directly reduced the risks faced by drug users, many of whom were young and inexperienced. Chemical analysis and feedback of results is demonstrated to be highly effective in fostering harm-reducing behaviour change.”

The Loop CEO Katy Porter added: “This study shows that drug checking provision can reduce harm and, critically, does not encourage people to take more drugs. The research is a sound foundation for the expansion of drug checking services in events and city centres across the UK.”

Janine Milburn, mother of 18-year old Georgia Jones, who died after taking very strong MDMA tablets at a festival without drug checking facilities in 2018 said: "I honestly believe that if Georgia had been able to test her pills and was given advice on how strong they were and how to remain safe, she might have come home alive that day.

“If drug checking services existed not just at festivals but across the UK, then drug-related deaths would be significantly lower. People need to start doing what is right rather than fearing the stigma around drugs and stopping services like The Loop from saving lives."

The study further highlighted findings from the Red Cross charity which provided medical assistance at the Bristol-based Love Saves the Day Festival in 2017 and 2018. The Red Cross found that there was a 12% reduction in drug related medical incidents in 2018, when drug checking services were in place, compared with 2017 – despite a heatwave and increased attendance in 2018.

Tom Paine, Managing Director of Love Saves The Day, one of the festivals studied, added: “Despite common misconceptions, drug checking services don’t give people the green light to take drugs. I found, when the Loop provided drug checking at our festival, this actually helped to reduce drug-taking as, after having their substances tested, a significant number of people would either reduce the quantity of drugs taken or even throw their drugs away.

“People who smuggle drugs into festivals are often intent on taking them, regardless of safety, but if drug checking is avaliable it is more likely to get them to think twice and reduce the harm that drugs can cause in a festival setting. We think it is critical that The Loop and drug checking are supported across the industry and wider society.”