Posted on: 26 February 2021 by Dr Carol Gray, ESRC Postdoctoral Fellow in the School of Law and Social Justice. in Blog

Thanks to the funding from the BVA Animal Welfare Foundation, I've been working on this short research project since the beginning of January 2021 until now.

So, what have I been doing? Using the SAVSNET database, set up by colleagues in Liverpool vet school, I read a random sample of the records from 1000 dog and 1000 cat consultations involving a discussion about euthanasia. I selected consultations where euthanasia was not carried out during the consultation, and examined reasons for the delay and what, if any, treatment was given to the animal patient in the time between this consultation and eventual euthanasia. I ‘coded’ each of the records to divide the text into different themes, analysing in detail 76 records for cats and 68 records for dogs.

What were my main findings? First, I found that the records written by vets during consultations only present one side of the story. They are an abbreviated record of what happened and often leave out some of the more interesting discussions, which is understandable in view of time pressures. Here are some of the highlights from the analysis of the consultations.

Photo by Alexandre Debieve on Unsplash

I have two proposed explanations for the latter finding.

First, UK veterinary consultations (averaging 10-15 minutes) are just too short to allow the extensive and empathic discussion required to draw up end-of-life care plans. Second, there seems to be a strong feeling amongst UK vets that they do not want to offer ‘pet hospice’ care equivalent to the pet hospice movement in the USA, where even ‘palliative sedation’ is offered for some patients. Many vets in the UK feel that this is just going too far. I think we need to have that discussion openly in the UK, with vets and pet owners. There are some excellent palliative care/end-of-life care vets in the UK already, and we should perhaps be using their expertise to introduce their techniques to more vets in regular general practice. 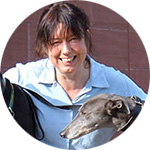 As part of her ESRC Fellowship, Dr Carol Gray has been researching and writing monthly Petconsent blogs since December 2019.

Find out more about Carol's Petconsent research, which also includes a resource list of health information for pet owners.