The battle of Waterloo was a titanic struggle which saw some 45,000 men and 5,000 horses killed or wounded in a space no greater than three square miles. By the end of the day, however, the career of Napoleon Bonaparte was at an end and with it almost twenty-five years of slaughter and suffering that had devastated much of Europe. Today the battlefield is well-preserved, and much visited, but, curiously enough, much of it is little known, few visitors penetrating very far beyond the great mound put up by the Dutch government to mark the battlefield in 1815.

Based on fieldwork conducted by Professor Charles J. Esdaile in conjunction with the Royal Army Museum in Brussels and developed by the University of Liverpool's Computing Service Department, this app is designed to allow visitors (both virtual and physical) to explore the site at their leisure. 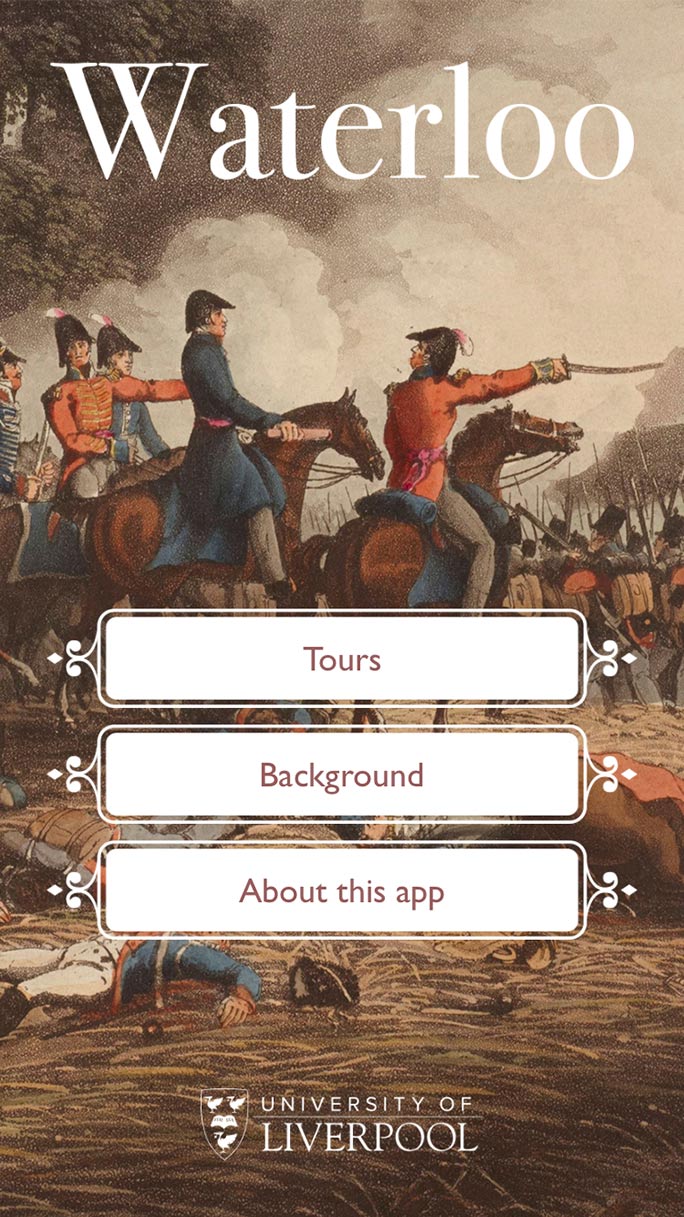