The Siege of Burgos

The siege of the castle of Burgos was a major episode in the Peninsular War, but one that is not as well known as its predecessors at Ciudad Rodrigo and Badajoz.

Yet, though now buried in thick forest, the remains of the fortress are impressive indeed and have been described as a Spanish Machu Picchu. Based on fieldwork and archival research conducted by Professor Charles J. Esdaile and Dr Phillip Freeman of the University of Liverpool and developed by the University's Department of Computing Services, this app is designed to allow visitors, both virtual and physical, to explore the site at their leisure. 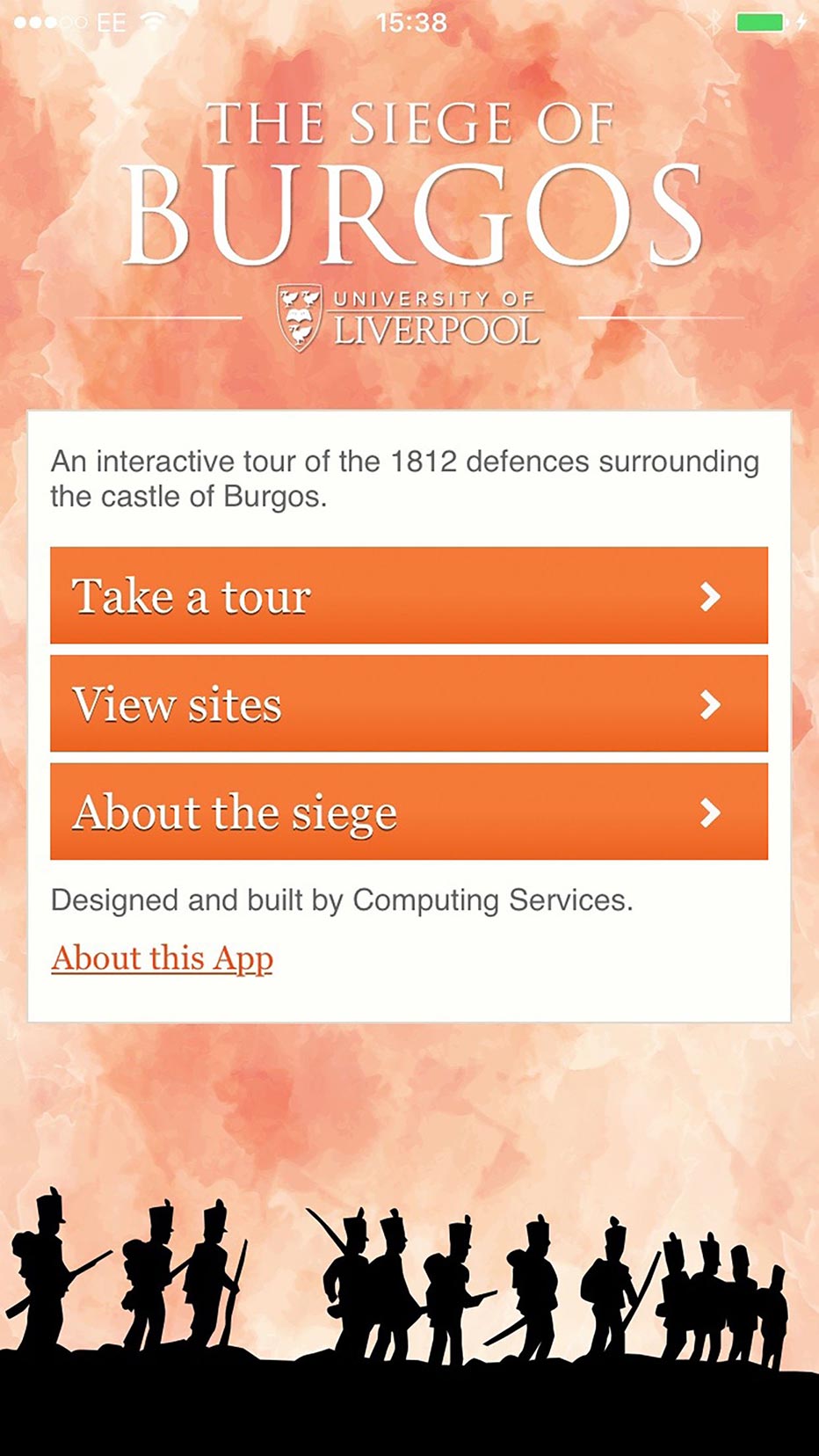