The Liverpool View: Assembly must show relevance regarding the NI Protocol 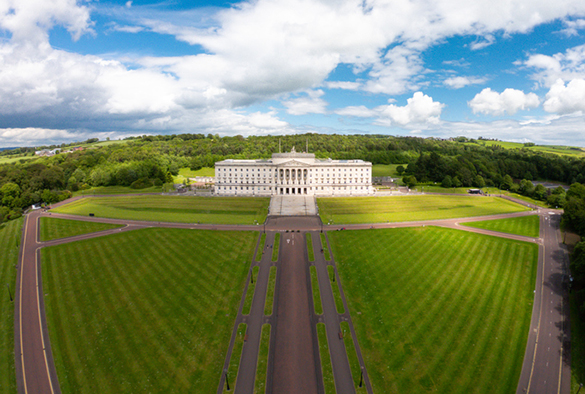 The Institute of Irish Studies/The Irish News polls highlighted that the people, irrespective of how they voted, wish for good and stable governance. Through the polls they demanded Assembly reform, an ending of the petition of concern and for the Executive to seek mitigations from the EU.

As the week evolves and to ensure that politics does not regress it is incumbent upon those elected to respond to those demands and the desire for solution-seeking. As we concluded when surveying attitudes to the protocol "we find evidence of inter-community consensus, with consent achievable when negotiations/discussions explore – and more importantly – offer alternative practical resolutions".

What are those solutions? The answer is to not continue as we have. Once the protocol was signed Sinn Féin, the SDLP and Alliance called for implementation. They then, as the business community pointed out issues that would undermine trade and investment, argued for mitigations.

The DUP took an unyielding position. None responded to reports that InvestNI were recording a unique growth in interest in investing in Northern Ireland. The potential to not only gain investment but to drive that investment into places such as Derry and to continue Belfast’s dramatic rise as a site of economic renewal was unmentioned. If such an evidenced benefit is not now deliberated upon opportunity will be lost.

We need purpose tied to painting a shared approach to the protocol as opposed to painting each other into corners. There is no need to knee-jerk, we can take a few weeks for politicians to consider respecting their elector’s desire for shared leadership. The point at which we build a solution is not for the parties to agree that the protocol needs re-shaped but to state that they already do agree that it does. The Assembly has to promote how resolution is happening as evidenced by the EU stating that it will remove 50 per cent of the paperwork and 80 per cent of veterinary/SPS checks but also how it will seek additional mitigations.

The thorny issue regards consent and regulations set by the EU without legislative approval by the Assembly. The protocol is clear on consent. Existing arrangements are underpinned by the right of the Assembly to withdraw its consent in a vote four years after the transition period ends. In simple terms if 60 per cent of MLAs and 40 per cent from each side decide to end the protocol then Northern Ireland’s alignment with EU law will come to an end.

Realpolitik means ending the mantras of ‘Brexit is the problem’ and ‘we will not engage’ to preparing for that vote in manner consistent with building accountability. That means establishing an Assembly committee designed to measure, monitor and explore the protocol and establishing an evidence-based approach that may even create a shared vote to end or continue the protocol. The British government and EU established the consultation procedures such as the Specialised Committee and Joint Consultative Working Group, they now have to reframe these to give voice or influence to the Assembly. They should also consider bringing the vote forward by two years. The formation of such an Assembly committee would be an initial mood changer. No longer running to either the Irish or British governments but instead elbowing Assembly influence into ongoing negotiations. A shared and evidence based political voice would change the negotiations and address deficits.

An Assembly committee would start that very process and dig into the issue of consent and how regulation setting elsewhere affects the livelihoods and economic outcomes of Northern Ireland. The Assembly cannot stand by and watch the UK government and EU decide its future. It has to show relevance regarding the protocol. This is not a pipedream. Politicians ended decades of violence so they can find resolution herein. This is the moment of delivering an objective approach that signals consent to engage with thorny issues. There is validity in some of the contentions raised by the DUP but also necessity to form an Executive and set a budget.

If MLAs do not take such an opportunity and do not now turn crisis into representative and deliberative democracy then what was the point in voting and why are they ignoring their own voters who want to see enhanced and shared leadership?

This article was originally published in The Irish News, you can read the original here