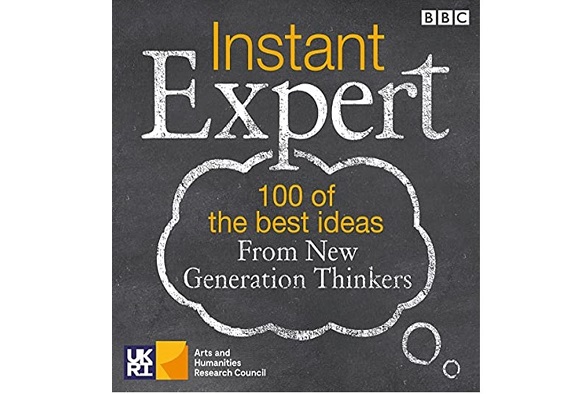 Essays by University of Liverpool researchers are amongst those included in a new audiobook  featuring AHRC and BBC Radio 3’s New Generation Thinkers.

`Instant Express’ is available from the Penguin audiobooks website as well as all major audiobook retailers.

The New Generation Thinkers scheme was launched in 2010 by the Arts and Humanities Research Council (AHRC) and BBC Radio 3 to develop a new generation of academics who can bring the best of university research and scholarly ideas to a broad audience through public engagement.

The University’s Adjoa Osei and Dr Vid Simoniti are among the ten New Generation Thinkers (NGT) selected for 2021.

Mike Collins, Head of Public Engagement at the Arts and Humanities Research Council said: “We are so proud to launch this audiobook, which celebrates a decade of work with BBC Radio 3 to bring arts and humanities research to a public audience.

“Our New Generation Thinkers study what it means to be human: why we flourish and falter, our history, the challenges of the present, and the possibilities of the future. Their work has inspired many, and I hope this audiobook will inspire new audiences too.

“As we look to 2022 and the scheme’s own future, we’re excited to welcome the next group of New Generation Thinkers and would encourage our community to apply”.humanities